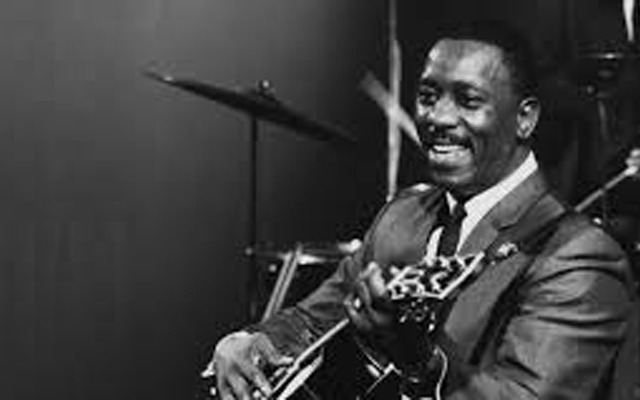 Of all of the rare recordings that have come out of the Resonance imprint, this recording – by Wes Montgomery and the trio of Eddie Higgins, Walter Perkins and a bassist, who unfortunately cannot be identified (which is a real pity because his is an outstanding performance as well) – is probably the rarest of all. It features a performance by the legendary guitarist made by the celebrated photographer the late Duncan Schiedt, who also happened to be a part-owner of the club in which he made the recording. The 7” tape had been remarkably preserved and then given to Zev Feldman and those wonderful folks at Resonance – George Klabin and Fran Gala – to restore. Of course, this restoration too is a marvel of engineering, which is a large part of why Resonance Records is becoming some sort of engineering legend in its own right. 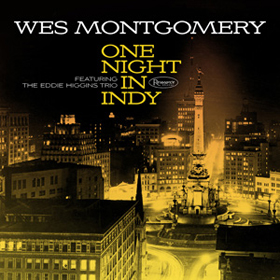 Wes Montgomery – believed, with good reason, to be one of the greatest guitarists in the history of this music – is on the top of his game. And the audience, for a club of this kind is astonishingly silent. It is a riveting performance. Montgomery’s reading of each chart is nothing short of poetry. That is precisely the quality that Wes Montgomery’s performances offer in abundance. His approach can only be described as ingenious. His phrasing lives and breathes. The unrushed and balletic tempo and sparse glissandos of Prelude to a Kiss reveal a wealth of detail. Rhetorically, Montgomery does not hesitate to seemingly ‘separate’ the hands for expressive emphasis and an extraordinarily wide dynamic spectrum imbues his cantabile playing with rare eloquence. The guitarist also has a hypersensitivity to harmonies and this beautifully describes his performances of Li’l Darling and Ruby, My Dear.

The tiny You’d Be So Nice to Come Home To is a gem of understated plenitude. Montgomery’s inerrant sense of pacing is particularly in the piece, just as if he were carrying on from where he left off in the immaculately performed Li’l Darling. In fact the soli throughout this album are nothing short of miraculous. Not that you would expect anything less from Montgomery but there seems to be no letting up in the searing intensity of his playing. The guitarist can only be said to be enjoying the space given him by the superb trio. Eddie Higgins is telepathic. His rolling contrapuntal playing across Montgomery’s linear lines is breathtaking. And Walter Perkins percussive colouring is absolutely noble, so beautifully assisted by the regrettably unnamed bassist.

It is one of those tragic twists of fate that Duncan Schiedt passed away before the recording was released and rightfully it has been dedicated to him. This is the third Wes Montgomery rarity that Resonance Records has produced. It is just as much the collector’s dream as the other two are. Moreover the year 2016 already sees two priceless recordings from the imprint – the other being the 1966 debut of the Thad Jones/Mel Lewis Orchestra All My Yesterdays. Both recordings ‘speak from the heart’ as it were, but then we have come to expect nothing less from Resonance.

Track List: Give Me the Simple Life; Prelude to a Kiss; Stompin’ at the Savoy; Li’l Darling; Ruby, My Dear; You’d Be So Nice to Come Home To.

Universally acknowledged as one of the greatest guitarists in the history of jazz, Wes Montgomery virtually defined modern jazz guitar during the 1950s and ’60s. His unique idiomatic conception to the instrument and the power of his soloing influenced generations of players who followed him; guitar icons such as George Benson, Pat Martino, Larry Coryell, John Scofield, Pat Metheny, Lee Ritenour and Russell Malone. Read more…