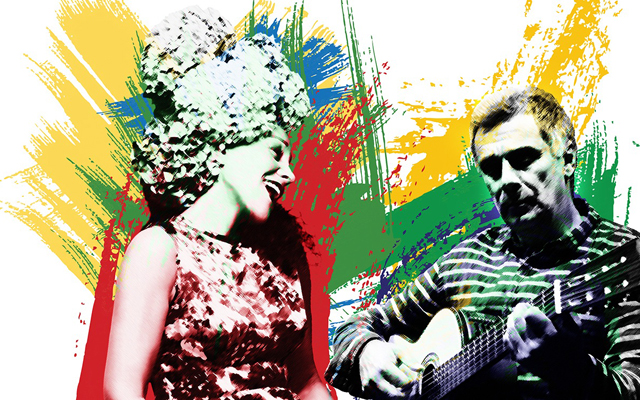 The genius of Guinga is all over Mar Afora but now there is another reason to celebrate. The Portuguese chanteuse Maria João joins the Brasilian in one of the most joyous performances of the year 2015. Without meaning to stir up a hurricane of controversy by suggesting that one Guinga recording is better than the other, this one really stands out as a defining piece of musicianship. ‘Flawless’ is a word that comes instantly to mind. This word is often associated with the guitarist. His extraordinary compositions are swathed in the simplicity of circumstance. Music weeps with sorrow and joy. The sense of saudades is all over Guinga’s music… and then there is his guitar playing which is majestic and mesmerising at the same time. The pristine quality of the notes, articulated with such splendour, burrow so deep in the listener’s consciousness that it is sometimes impossible to part ways with his music long after it has passed. 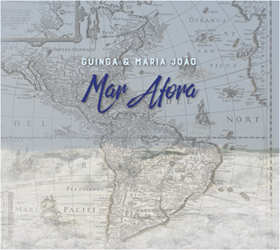 Maria João is no less wonderful here. Her unique voice brings a sense of wonderment to Guinga’s music. Her puckishness nestles cheek-by-jowl with her abject lyricism. All of this is wrapped up in a wonderful Afro-Brasilian consciousness (Maria João’s heart is often in Mozambique, the country of her birth and surely the unconscious spirit of her music). It is a matter of great happenstance that Maria João and Guinga should come together with such a binding spirit. It is not often that vocalists – especially women – combine with the sinuous nature of some of Guinga’s work although Mônica Salmaso has occupied that position seemingly forever. Yet Maria João feels Guinga’s music in a mysterious way. She seems to penetrate emotions, imbibe the heady nectar of his collaborators’ lyricism and imbue the work with her blithe spirit. This is evident all over Mar Afora

The performance is a journey into what might easily be described as the interior landscape of Guinga’s art. The quintessence of music’s ethereal dimension is opened like a portal beckoning mesmerised listeners to enter. Listening to Sete Estrelas will provide a measure of what it means to be seduced by the music. It is spiritual music as much as it is temporal. All Brasilian music is like this, but the Guinga’s genius is to bring this aspect of Brasilian music to life in such a manner that the romance of Rio – indeed Brasil – comes alive in the memory. You will not be able to resist the subtle charms of Passarinhadeira, Senhorinha and Saci. This, of course, does not mean that the rest of the music is not as alluring. On the contrary, the music of Mar Afora is as relentless as it is hypnotic. It describes a voyage as wonderful, mystical and unforgettable in a ship of Guinga’s and Maria João’s absorbing making. Put on this recording and prepare to be seduced.