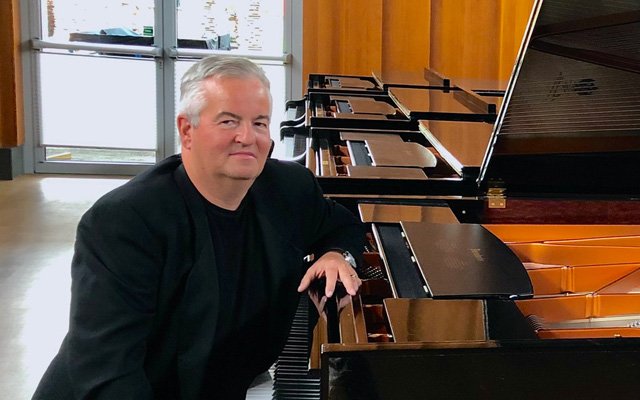 Markus Burger is a pianist of broad interests, with repertoire ranging right up to the present day – and, now we know, something akin to spontaneous improvisations, not unlike what Keith Jarrett and a handful of other improvisers also create. But this enticing array of works is more devoted to performing as a kind of impressionist painting soundscapes – or more appropriately “landscapes” as he sees them. Instead of canvases, a large easel and a set of brushes he uses the tips of his fingers and their nerve-endings to “paint” enormous landscapes of what he strikes him about the city of Vienna. 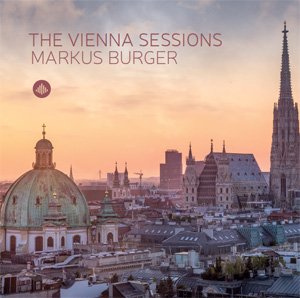 He has at his disposal a marvelous-sounding Bösendorfer super grand piano. An important aspect of this recording has to be the delivery of the sound – so let’s get that out of the way; One has not heard a Bösendorfer grand sound quite so wholesome [the word that comes to mind] simply because many Bösendorfer pianos that one has heard tend to sound a tad sharp, as if the large copper strings were being plucked rather than softly hammered. But this is a magnificent piano – wonderfully tuned and masterfully played by an obvious virtuoso who seems to know the instrument from the inside out.

Mr Burger’s playing is strong and assured; his fingerwork is seamless [as you might expect from a master musician] who has been playing in a myriad settings too [he is known not only for his celebrated duets with saxophonist Jan von Klewitz and trio work with bassist Bob Magnuson and drummer Peter Erskine, but also for his work with the late, great trombonist Albert Mangelsdorf. And his experience shows in the majestic movements of “Morning Mist” and “Cibelle’s Lullaby”. His humour shines in the puckish snap-shot “Café Mozart” and in the spacious “Dulcimer” and the spectral ornamentation of “Silent Lament”.

If you get an occasional sensation that he is trying too hard to capture the landscape – as in “Renaissance Romance” – it is because the era is making it difficult for the pianist to penetrate its secrets immediately. But with gentle probing and cajoling, Mr Burger eventually succeeds in piercing the glimmering skin of the renaissance, which begins to reveal magical things that made it so celebrated. Throughout the repertoire on this hour-long album, Mr Burger reveals a great wealth of articulation and subtlety. A particularly wonderful example is “Rejoicing”, a superb way in which to bring this wonderful musical sojourn to a close.