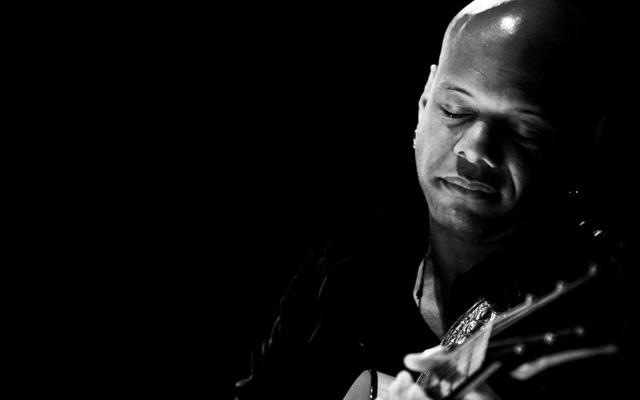 The guitarist Mark Whitfield, once an acolyte of George Benson and now long since answering only to the song of his own heart, tells us that he acquiesced to an unexpected invitation from Jeff Lanier, the Chesky Records A&R man, to perform at the Rockwood Music Hall in New York with a view to making this unusual record Live & Uncut. Good call: the result is enormously impressive and not surprisingly so. For one thing this is Mark Whitfield we are talking about and for another the folks behind the console and the release are none other than the Chesky brothers, comprising the producer (Norman Chesky) and the producer/musician (David Chesky), both fastidious about keeping the idiom alive and doing it with sonic perfection on their audiophile label.

Mar Whitfield, for his part, offers one of the most refined performances of his life in these six classic songs; four daring and polished standards an articulate and atmospheric Thelonious Monk gem and two confident and percussive Billy Drummond originals. Yes, that refers to the drummer who is getting to be, happily, one of the most ubiquitous musicians and percussion colourists in New York and elsewhere. Mark Whitfield is also joined by the bassist Ben Allison, who ought to be remembered 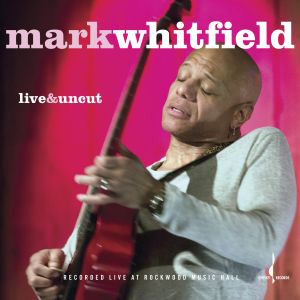 for his own sterling contributions to Jazz, especially his recordings – with Frank Kimbrough – dedicated to the repertoire of the legendary pianist Herbie Nichols, which alone qualifies him for rarefied status among Jazz royalty.

However, the spotlight is clearly on Mark Whitfield throughout and in his hands the pieces heard here become white hot volcanoes of expression; the piece by Thelonious Monk: “Jackie-ing” presents formidable technical challenges, all of which are surmounted almost with nonchalance, the guitarist’s focus here and elsewhere resolutely serving the scores, not the mechanisms involved in performing them. Still, Mr Whitfield cultivates a beautiful, poetic tone with an almost orchestral touch that melds the melodic in with the chordal. He has a particularly rewarding sense of rhythm, high sprung, light and incisive and entirely secure, which pays its way throughout the recording that grows in momentum as it goes along.

But hearing Mr Whitfield navigating through the massively demanding “Invitation” and then in Billy Drummond’s “Changes for Monk and Trane” as if their lofty grandeur were the most natural thing in the world leaves no doubt about the guitarist’s effortless, extrovert virtuosity. Happily Mr Whitfield also has Billy Drummond and Ben Allison to keep him company and to keep pace with his extraordinary escapades. The playing of both drummer and bassist balances no-hold-barred emotions through the near epic-scale thrill-a-minute drama of the music with intelligent pacing and those same rock-solid musical instincts that have made them so much in demand wherever fine music is played.