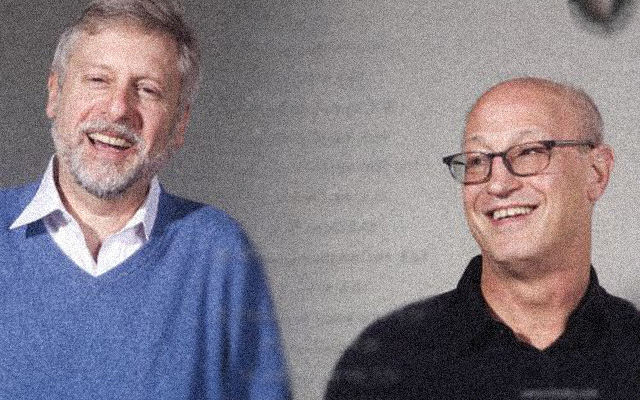 The fact that sometimes genius dwells in the shadows of quietude is majestically revealed on The Deep by both pianist Shelly Berg and bassist David Finck. If anyone has no business being in the shadows it is Mr Finck and every time he puts fingers to the taut strings of his magnificent contrabass, reveals exceptional clean articulation in the flashes of virtuosity and elegance in the lyricism of his playing. Meanwhile Mr Berg seems to enjoy a somewhat higher profile. With The Deep some semblance of balance is and will forever be restored – one hopes.

Each of the fourteen songs is vividly characterise, with Shelly Berg and David Finck running the gammut between the dark turbulence of “The Deep” and the pastoral tranquility of “Peri’s Scope” while all of the other music is awash with every other possible emotion, sentiment and human feeling, played with absolute assurance by these two magnificent artists. Time and time again through the hour and-then-some of music – “Why Did I Choose You?” is just one example – Shelly Berg and David Finck 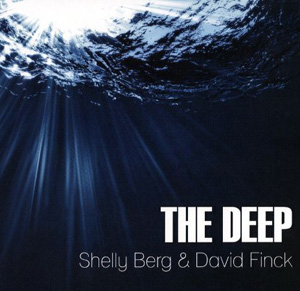 demonstrate the infinite expressive nuances which enliven these pieces. With masterful control of tempo and nuanced changes in dynamics, their intonation secure, Shelly Berg and David Finck create a succession of masterpieces to the delight of the mind’s ear in a myriad of different ways.

Neither virtuoso wastes time and/or energy trying to find novel approaches; they just let the music speak; exercising monumental restraint where other less experienced musicians might take showy liberties. I have seldom heard Antonio Carlos Jobim’s music – as in “Dindi” and “Inútil Paisagem” (“If You Never Come To Me” or “Useless Landscape”) – rendered with such persuasive grace – not even by Eumir Deodato (1964) or Nana Caymmi (2002), or dare I say, even by Mr Jobim himself. Nor has the magnificent longing of “Peri’s Scope” been expressed so charmingly by a succession of musicians who’ve made valiant efforts to do so. On top of all of this are six wholly improvised songs (listed under Mr Berg’s name but “created” by both musicians). Each of them virtually stop the breath and accelerate the heart.

I also find the playing of David Finck particularly full-blooded and when Mr Berg asks for the impression of deep gravitas (on both “Lunar” and “The Deep”) that is exactly what Mr Finck conjures up. Everywhere, of course, Shelly Berg is a delight – with the right hand giving a ravishing display pf pianissimo and fortissimo pyrotechnics as if on demand. And of course, this is a Binaural Head recording by the magician, Nicholas Prout aided and abetted by Mor Mezrich and (here) by Max Steen, which is a compelling reason why this exquisite music, articulated through a silky, translucent tone is captured in an intimate recording.