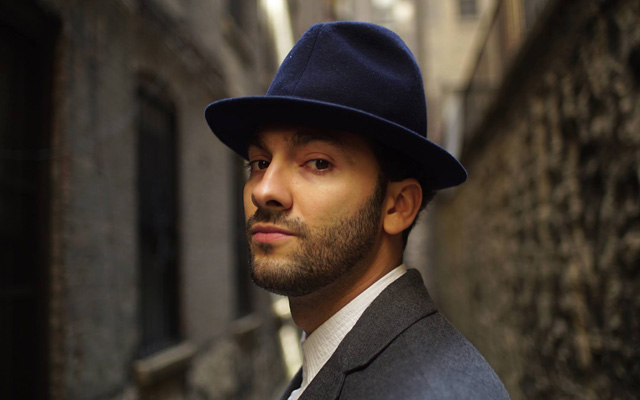 The pianist David Virelles came to New York via Santiago de Cuba and Toronto. Along the way his vocation as a musician has unfolded in dramatic fashion – so dramatic, in fact, some might say use the word “miraculous”; although “supernatural-existentialist” might be more appropriate, given the results of Gnosis, his 2017 recording on ECM. It is not so curious a phenomenon, considering, firstly: the fact that Mr Virelles is of Afro-Cuban descent and secondly: that he is under the spell – so to speak – of one of the high-priests (literally) of the Lucumi practice, Román Díaz. Anyone who leaps out of this backdrop is guaranteed to have a heady brew coursing through his veins. Gnosis proves this quite beyond doubt.

In terms borrowed from another elevated realm, Buddhism, Mr Virelles may be said to have arrived rapidly at the doorstep of the portal nirvana and this music – these sixteen virtually ritual-sounding “meditations” would appear to have ushered him into that rarefied realm – musically speaking, first of all; and (why not?) perhaps even spiritually speaking. This would preclude the fact that this music is going to be difficult to access for the simple listener; even for the relatively “enlightened” one too. And, indeed, it is. It is not a cloudy concoction of amorphous melodic herbs and harmonic spices, poured into some kind of ancient grail, swirled and beaten rhythmically with the help of enchanted beads and necklaces, sticks and divination rods and coded handclaps. 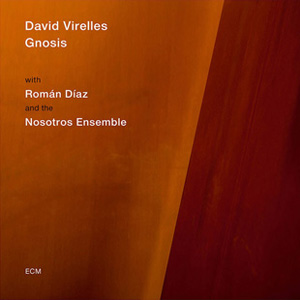 But in the atmospheric mist of Western musical instruments and African ones played, principally by Román Díaz and Mauricio Herrera, David Virelles emerges as the acolyte, and shortly thereafter, graduate in a wondrous La Regla de Ifá.

Usually, when an initiate goes through such ritualistic intensity, a great deal of the experience might revert to the subconscious, to emerge only when summoned at a celebration similar to this La Regla de Ifá service. Remarkably, however, in the case of David Virelles he is able to summon all of this experience into the forefront of his memory, so much so that the enchantment has metamorphosed into grist for his music. Román Díaz’s narrative such as the one describes in his note about the Carabalí ceremony appears to overrun the solo piano work on “De Coral” almost as magically as it does on music where the chanting does sound, together with Afro-Cuban coro and the call-and-response one can hear in some of the repertoire when Melvis Santa and Mauricio Herrera appear later in the proceedings.

In terms of a milestone in the musical journey of David Virelles, this is probably the most significant one to date. It points towards Africa; but not merely in the sense of returning to the womb of all wombs of the mother of all mothers of all humanity, although that, in itself, would be a significant place to be for a musician. However, it’s more than likely that Mr Virelles appears to have seen the equivalent of the proverbial “blue light” and he has lived to tell us about it. Now there’s no telling where his music will take us next.