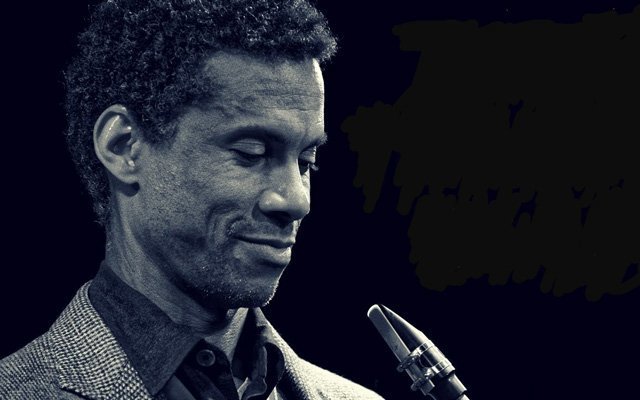 The surrealistic liner notes to Mark Turner meets Gary Foster written by a clearly admiring Tim Hagens, correctly identify this incredible session as evocative of the mighty bebop sessions often presided over by Lennie Tristano and including the great Warne Marsh together with Lee Konitz. But we must also recall a rarely spoken of session between Mr Marsh and the iconic Art Pepper which the latter’s wife made available to adoring fans in a series of four discs not too long ago. In any event the recalling of Mr Marsh is the key here, obviously because his spirit has been invoked on many occasions including several times by the equally-great Anthony Braxton. Mr Braxton had his own exquisite series that paid tribute to Jazz as he recorded music In the Tradition. 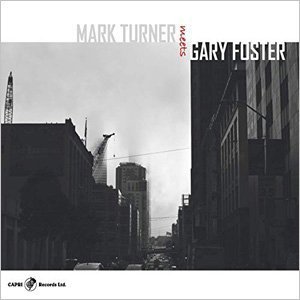 Mr Turner is a genius hiding in plain sight. He is not, what you might call, “prolific”; at lease not as prolific as many of the Jazz musicians performing today. One would like to think that he is carefully choosing what projects – and recordings – to pursue; discretion being the larger part of valour here. While that might have paid off for his musicianship his reputation largely remains in the shadows. This is not necessarily a bad thing a discerning aficionados (like Mr Hagen) will ultimately judge his contribution to The Music by his legacy. And this will always be in the top tier, where it lies intact along with the other giants of Jazz who continue to contribute to its musical literature – men such as Sonny Rollins, Pharoah Sanders, Archie Shepp, Wayne Shorter, Dave Liebman… and a handful of others including of course Gary Foster, who has built his own monument to Jazz largely through repertoire that also remains in the shadows, unless of course, one recalls the work he did with Clare Fischer, etc.

So for Tom Burns of Capri Records to bring the two men together for this live recording of February 2003 is a big deal. Mr Turner is one of the most remarkable virtuosos in this era of music. He is an unstuffy pedagogue and unstoppable proselytiser for the so-called “mixed taste” forging a lingua franca out of the different styles emerging from swing and bebop. He is a true modernist in the great battle of the traditional and the modern. Stylistically multi-lingual Mr Turner has his place firmly reserved where new development begins. His genius is precocious and the music hopping around in his head always emerges where the future begins. A born story-teller, he seems to enjoy painting fanciful musical pictures which favour a focus on melody and uncluttered textures underpinned by readily graspable harmonies. His rhythms, bebop and later melodies glide like elegant dancers on a waxed floor, often flying through the air in balletic and elliptical arcs and leaps.

The music here – familiar, yet presented as if in a many-splendoured mirror and often refracted – is breathtakingly reharmonised and sometimes distorted by discreet dissonance, and comes bouncing off the alto saxophone of Gary Foster. An éminence grise in his own right Mr Foster, has operated prominently, albeit in the shadows, where fine music is played. Perhaps best known for his work with Mr Fischer, Mr Foster’s creative juices have continued to flow for decades as he forged an unique alto saxophone sound honing it with command performances of standards and Mr Fischer’s harmonically complex music. But Mr Foster has also been a long-standing member of the bands of Toshiko Akiyoshi, Louis Bellson, Marty Paich and Ed Shaughnessy and has made three records with Mr Marsh six recordings on his own. Mr Foster is also a music teacher. But he is best known for his voice of soft authority with which he plays alto saxophone and sometimes clarinet as well.

On Mark Turner: Meets Gary Foster two titans come together in an epic “battle” that sees the songs knocked about between the two virtuosos. The repertoire comprises just seven songs, but each song is explored until every possible harmonic invention is wrung out of the melodies (although one suspects that in another setting there would be much more to say). Inventions are elaborately shaped with a wonderful sense of time and innate feeling for shaping grand and impulsive gestures which effectively accentuate the music’s innate volatility. There is a sense that both musicians share an enormous respect for each other and this is also shared by the drummer, Joe La Barbera and bassist Putter Smith – who solo rarely, but highly effectively. Featuring beautifully crafted arrangements of beguiling variety and sensuousness in every lovingly caressed phrase, Mr Turner’s and Mr Foster’s love for great music shines brightly. Listening to the way in which Mr Turner bends the notes in “Background Music” and “Lennie’s Pennies” and how Mr Foster sculpts the ling inventions of “What’s New and “Subconscious Lee” It’s clear that not a single semi-quaver has not been judiciously considered. In solo and ensemble Mr Smith and Mr La Barbera are also completely attuned to Mr Turner’s and Mr Foster’s vision and artistry. All of this, of course, makes this disc one to die for…