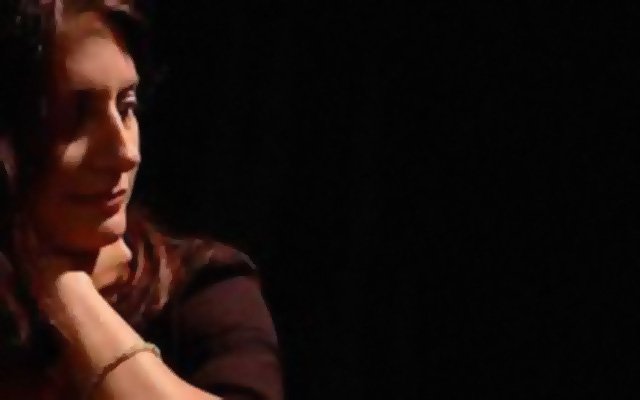 Anyone who is in the know of vocalist and pedagogue Laurie Antonioli and the music she creates, espouses and teaches will know that lyricism and the art of musical seduction is at the heart of her lucid and tuneful music. A somewhat melancholy poet of song, Miss Antonioli’s music is rich in allusion to life – even lived experience – which is something that makes her music draw you in with its utter honesty and truthfulness. Her soft nasal voice which when she lets herself go can traverse a wide range from high soprano to low and smoky mezzo, and she reaches notes which even others similarly gifted might be hard-pressed to reach, by employing glimmering liquid glissandos – a tall order even for many artists as gifted as she is. Best of all her instrument is fierce as she digs into the expression of each word and phrase bringing ceaseless variety to soft dynamics.This makes her vocalastics extremely alluring; something that one becomes conscious of suddenly and frequently throughout The Constant Passage of Time. 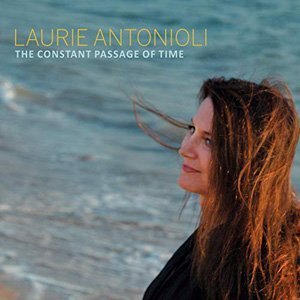 These nine pieces on the CD are among her ripest creations, seemingly plucked from the music of the air, stuffed with long melodies of effortless lyricism, each a perfectly-balanced composition. Together they make for an album of rather delicate and sombre work, full of passages of quiet yearning; plaintive songs such as “Longing For You” nestling cheek-by-jowl with gorgeously profound ones such as “Layla” and “So It Is”. Her version of Neil Young’s beautiful ballad “Don’t Let It Bring You Down” evokes the dreamy ennui of the 70’s while being revved up enough to suggest a new urgency is a benchmark performance; a version that produces an endearing through-flowing momentum befitting the ultimately optimistic nature of the song. It is also a song on which Matt Clark earns every penny of his salary with a short and poignant solo that sets things up for Dave MacNab’s screaming one.

Elsewhere on the record long-time musical associate Sheldon Brown plays idiomatically and with warmth and tangible sympathy on music that seems to be written with him in mind. His performance on clarinets including an elusive one on bass clarinet – on “Moonbirds” – is very affecting. Jason Lewis is magical – especially when he pounds the tabla ever so melodically on “Riverwide”. Dan Feiszli comes in for another long-time associate of Miss Antonioli, the late John Shifflett, who is, of course, dearly missed here, but his musical and empathetic performance especially on the gorgeously controlled pianissimo passaged that accompany everyone through “Longing For You” – is utterly marvelous. Clearly everyone contributes in enormous measure to the vision and eloquent artistry of Laurie Antonioli.