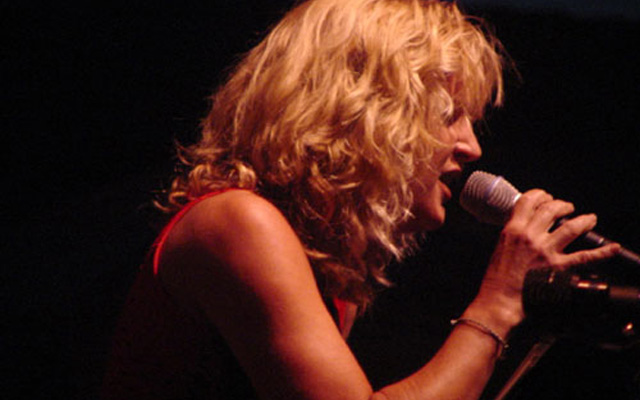 The biggest challenge facing performers of standards from the American Songbook is presenting them as music that’s time-honoured, yet neatly encapsulated in the performers’ own journey. On Standard Blue Marilyn Scott shows herself keenly aware of this and other paradoxes of experience and interpretation – inherent to the work, But then she does something spectacular by using her husky, beckoning mezzo with an almost singular, whispered inflection breath and voice that fixes the mood in the mind’s ear and lends the narrative and its settings a strangely other-worldly atmosphere that turns even the most memorable versions of songs a dramatically new context.

Marilyn Scott seems born for the blues. Her voice, with its smoky, lower register, is the ideal vehicle for this repertoire, which she exploits to particularly fruitful effect in the haunting “Willow Weep for Me”, her ineffably gorgeous interpretations of Ellingtonia (but naturally), and the surprise of the album, “Blue Prelude”, to name but a few. This she accomplishes with her clear enunciation and her relishing of the sounds of words matching her lyricism and her agility in their tricky rhythmic deceits. Here she finds a willing co-conspirator in Michael Landau. With his guitar adding appropriately delicate 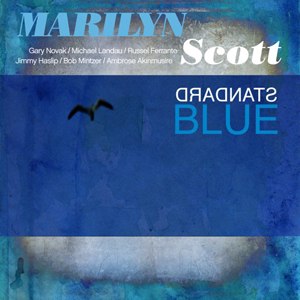 but also vibrant counterpoint and harmonic punctuation those and other songs flow like tears with their own sobbing rhythm and their instinctive, indeed inspired, expressive contours that follow and enhance the sentiments of the verse.

But Landau is not the only one who adds countermelodies and considerably intricate lucidity to the vocalastics of Marilyn Scott. Russell Ferrante is transcendent and in an almost self-effacing manner, brings a tantalizing patina of intimacy highly responsive to word and atmosphere. Gary Novak’s every note played on his drums and particularly on the high-hat and cymbals is played with lyrical and laser-bright touch. The drummer together with bassist and producer Jimmy Haslip mastermind the rhythmic tension which, in turn, lends the bittersweet nature of the soft, seductive and eloquently blue vocals an air of urgency. But the masterpiece was heralded at the very beginning, with Bob Mintzer bringing a woody melancholia to Ann Ronnell’s classic, playing with sinuous intensity, while trumpeter Ambrose Akinmusire’s bleak howling is most strikingly noir.

This vocal rendition of “Willow Weep for Me” by Marilyn Scott is the most magical interpretation of the song in years. Its other secret is the mesmerising sound design orchestrated by Ewan Frankfort and executed by every member of the extended septet, but most especially by Russell Ferrante and his atmospheric use of his keyboards creating the rustle of the leaves and the elemental moaning of the wind in the willows. It is indeed a real pity that there is no film documenting the making of this chart. However, its contender for song-of-the-album “Blue Prelude” the only original by Marilyn and Russell Ferrante is documented, shot in appropriately low light enabling this song to pip Ronnell’s at the post.

Lest it appear that this is a programme dedicated to all things bleak, let it be said that “The Joint is Jumping”, taking a cue from its iconic composers, “Fats” Waller, James C. Johnson and Andy Razaf, and the ever wonderful Perri Sisters’ vocal backing brings this utterly memorable album to a close on a striking, swinging note.