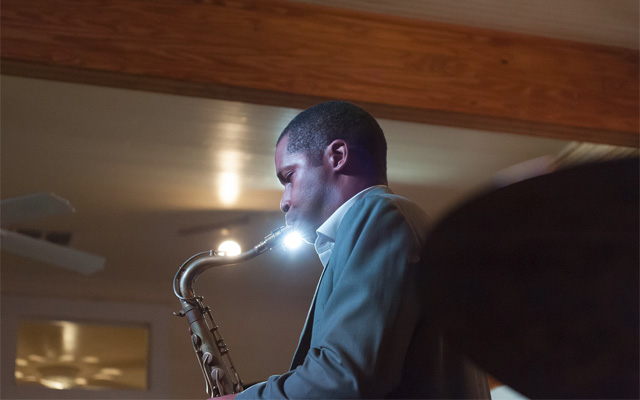 Pressed about what the future of Jazz was, The Wise One, Thelonious Monk once said, “Where’s jazz going? I don’t know. Maybe it’s going to hell. You can’t make anything go anywhere. It just happens.” He wasn’t kidding, of course, because: “It just happens” to have happened with the emergence of the saxophonist, Jason Hainsworth. On his second album Third Ward Stories, even more than Kaleidoscope his breathtaking debut, the young saxophonist has proved himself worthy of being written into the lineage of Jazz, the music of Monk and Bird, Duke and Mingus and Dizzy… And while so many recordings need a “concept” to exist as albums, Third Ward Stories walks and talks, and sings at the block party that celebrates the streets of the Third Ward in Houston.

This is indeed a moveable feast that is to be celebrated over nine songs whenever the disc plays on your stereo with its visceral energy; its hard-driving momentum beyond Michael Dease’s “Barak’s Blues”, a roaring throwback to Art Blakey and the Jazz Messengers’ “Blues March” and on to “Conversations (With a 12-Year-Old)”, a song with its appropriately tricky opening that turns into a tableau featuring Jason Hainsworth and the Michael Dease and Glenn Zaleski taking turns to ‘in-character’, playing Hainsworth’s 12-Year-Old son, through dizzying series of dialogues. 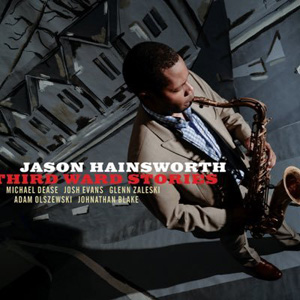 It’s an appropriate end to a wonderful album, but not before the saxophonist and his music leads up to that particularly cathartic ending; not before Jason Hainsworth pays his proverbial dues…

This strikingly apparent in the brawny, cinematic style with which Jason Hainsworth marshals an enormous vocabulary of forces from fellow-Texans, Arnett Cobb and Billy Harper in “Groiditude”, a title he has coined, appropriately from the word “Gratitude” (to those iconic storytellers on the tenor saxophone). In a broad artistic sweep Jason Hainsworth also adds Wayne Shorter and Pharoah Sanders to the tone colours of his enormous compositional palette. Both “Jana” and “The Nearness of You” are beautifully reflective and to the manner born, heartfelt and grandly reminiscent of two of the greatest tenor saxophonists alive. And let’s not forget the witticisms of “I Plead Da Fif” and “Third Ward Stories”, raw and energetic narratives informed by wry observations from the stoop.

Jason Hainsworth is the Director of Jazz Studies at Broward College an assignment to which he brings not only a learned approach to composition, but his deep ties to the continuum of the oral tradition of Jazz. These are the credentials that trombonist Michael Dease also brings to his music and the music of Third Ward Stories and his scintillating “Barak’s Blues”. Josh Evans is a powerful new voice echoing across the stratosphere of the trumpet, as is Glenn Zaleski, bassist Adam Olszewski and the explosive drummer Johnathan Blake. This is a group that speaks in the bubbling, broiling vernacular of Jazz, born out of the infernos of the music, but certainly ascending ever upward.