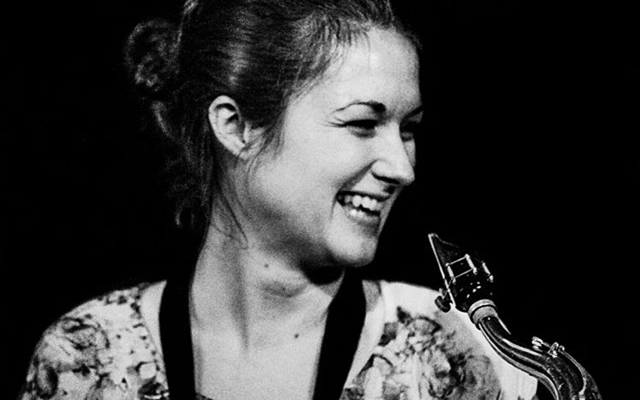 It is every instrumentalist’s dream to make his or her instrument sound like the human voice. Some, if not all succeed rather well and a few – very few – not only flourish but are able to make the instrument sing. The young British saxophonist Trish Clowes is certainly one of them. She has, in particular, given the tenor soprano wings to fly, and imbued its soprano sibling with a deep and tremulous glimmering sensuality that is most affecting and with an expression all her own. In fact Trish Clowes draws responses from – especially – the soprano saxophone, highlighting yo dramatic effect moments of vivid aural painting, expressive chromaticisms and gliding dissonance. There are stylish solo contributions throughout My Iris and its unveiling will certainly enhance her reputation as one of the most talented saxophonists in recent times.

The first several tracks – from “One Hour” to “Muted Lines” on My Iris features some of the most rapturous playing that you will hear on saxophones with a linear energy and complexity characterised by suave melodies and light textures. “Tap Dance”, a clever little song that proffers to the spirit of the legendary drummer Warren “Baby” Dodds, the most wonderfully bright unison playing between Trish Clowes and guitarist Chris Montague that sweeps the music off its feet and onto a seemingly polished dance floor. “In Between The Moss And Ivy” returns the music to another sheer block of “hummed” and “sung” sound, 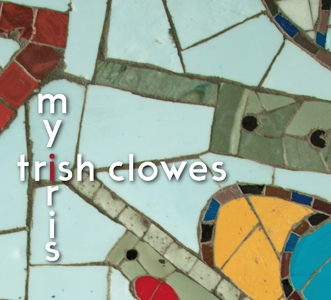 with its lucid and rather lovely Hammond organ shadowing Trish Clowes throughout the whispered choruses before Ross Stanley returns, this time on piano, drawing the saxophone into a beautiful endgame.

The buoyant rhythmic workout of “Be A Glow Worm” is palpably and discernably luminous and it’s leaping chromatic figures vibrantly projecting the inviolate heart-melody of the song. This is, of course, something characteristic of all of the music on My Iris especially on “Muted Lines”, Cevanne Horrocks-Hopayian’s music set to lyrical lines written by the early-16th century Armenian mystic and poet Nahapet Kuckak. Here, more than ever Trish Clowes distills the quintessence of poetry from a song. The spare melodic line is saturated with an elemental whisper, seemingly giving a sense here of a story that urgently needs telling, words like “exile’s heart” and “unsingable songs” injected with sinuous energy, its ‘in hoc paschali gaudio’ vibrantly projecting the ‘resurrection’ message of the final “sing songs”.

My Iris is a tour de force for Trish Clowes whose music is subtly modulated as she spins wonderfully fluid, mellifluous textures, tenderly drawing from her reeds a gem-like brightness reminiscent of burnished gold.

Track List: One Hour; Blue Calm; I Can’t Find My Other Brush; A Cat Called Behemoth; Muted Lines; Tap Dance (for Baby Dodds); In Between the Moss and the Ivy; Be A Glow Worm.