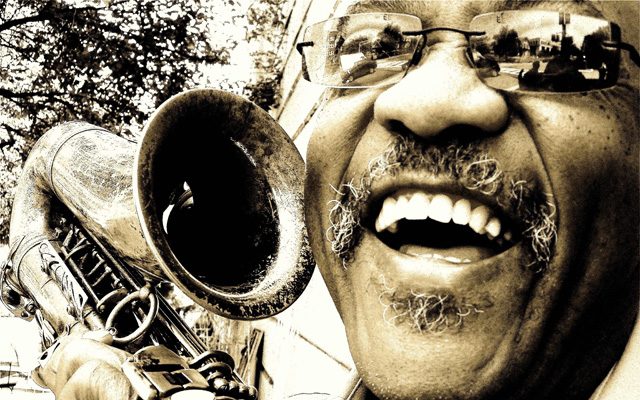 Who else but a musician such as Oliver Lake, a charter of the outward bound World Saxophone Quartet (WSQ), could have written with music that placed the disambiguation of the alto saxophone at the heart of a Renaissance-leaning string quartet. The answer is not an easy one to give because throughout the more than two-hundred years or so since Adolphe Sax’s lugubrious – by classical standards – invented the instrument there have been iconoclasts at every turn. Charlie Parker, John Coltrane, Albert Ayler, Pharoah Sanders, Ornette Coleman, Archie Shepp, Steve Coleman, Henry Threadgill, Anthony Braxton… the great names echo with a historicity that makes for a very long, complex and unfinished score. Still, there has been no ensemble like the path-breaking WSQ whose members continued to blur stylistic boundaries between worlds of music.

Some of the music on this recording Right Up On (an uncharacteristically upbeat title for music that comes out of the African-American experience) is almost a decade old. Coming after Webern, Berg, Stravinsky, Stockhausen, Varèse, Ligeti, Birtwistle, Boulez and other revolutionaries one cannot escape being nudged into a hidden portal that was first unlocked by one of their ideas. No composer in these modern times can but as an African-American living in a world fraught by uniquely brutal discrimination counts for something unique in an artistic response to a unique human experience; 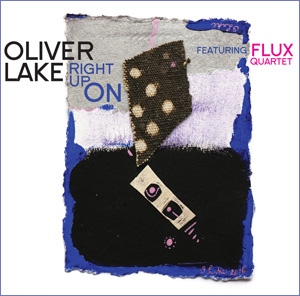 as unique, if not more so than those composers such as Stockhausen and especially Ligeti who grew out of the Nazi experience. What group of people has been likened to a reprobate species in after thousands of years of civilisation?

Like many contemporary musicians, especially those of recent Afro-American descent Oliver Lake’s music has been wrought by a unique spirituality; one that constantly crosses over between The Blues and post-colonial Gospel music to often emerge as what has been called Jazz, or Black American Music. But as we hear continually through the pieces on Right Up On Oliver Lake’s music obfuscates the experience enough to prove that nothing is ever out of bounds for musician of today. Nor ought it to be; and this is also proclaimed in gospels by Anthony Braxton at every pulpit. So, like the music of Anthony Braxton music Oliver Lake’s complex missives fly in the face of convention – the convention that expects African-American musical behavior (and therefore its artistic outpourings) to “sound” a certain way. Hell, no! in both instances.

The driving force behind the mercurial “Hey Now Hey” for instance is essentially rhythmic, particularly in the defining moments of the piece which generate an irresistible verve out of its endlessly colliding cross-rhythms and jauntily swung melody. “5Sisters” deals with great pathos with the unsung vicissitudes of the matriarchal family. It is suitably monumental and, in describing the chaos of rampant patriarchal absenteeism, is loosely pulsed, built upon great blo0ck of seemingly static, but subtly changing textures whose component parts flow seamlessly in and out of each other. “2016” and the haunting “Sponge” are more reflective and contain overlapping tempi, used to conjure up mistily impressionist veils of sound.

Oliver Lake unveils his deepest box of rhythmic tricks on “Disambiguate” and “Right Up On”; the vigourous movements of the latter present the wilder, impassioned aspects of his work. The longest piece on the disc is “Einstein 100!”. Framed by the living legacy of one of the greatest figures in human history it uses a centennial celebration to traverse the topography of Albert Einstein’s life. Its unique perspective is psychological rather than chronological and in keeping with Einstein’s unique place in and relationship with human history it is a work of extraordinary poetry and is a constant reminder of Mr Lake’s lyrical gifts, all the more moving for never being overindulged in this masterful eulogy.