Home Music Leslie Pintchik: You Eat My Food, You Drink My Wine, You Steal... 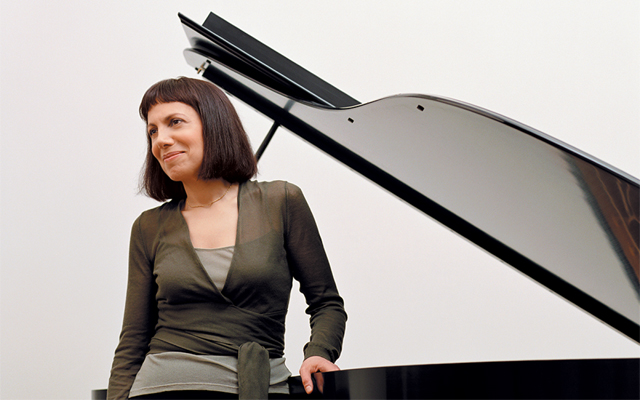 If you thought that 17th century literary academia and Jazz could not become bedfellows, Leslie Pintchik has news for you on You Eat My Food, You Drink My Wine, You Steal My Girl!. Miss Pintchik suggests that the title for the album comes from a chance encounter with a shout on 21st century Canal Street that somehow also found its way through triggers from a poem. The resulting album title, born of the opening song, together with the even more whimsically-entitled song: “Your Call Will Be Answered By Our Next Available Representative, In The Order In Which It Was Received. Please Stay On The Line; Your Call Is Important To Us” may, however, suggest an unconscious, surreptitious aural “photo-bomb” by the irrepressible monk François Rabelais. How, one may well ask…?

The answer lies in the humour of the two works unheard of – at least instrumentally – in music, including music that may have been made by figures as colourful as Groucho Marx, Jimmy Durante and Dave Frishberg. Miss Pintchik may have also answered a question that Frank Zappa once posed: Does Humor Belong to Music. Her answer, however, is quite unlike the ones any of those mentioned above – especially Mr. Zappa – in that 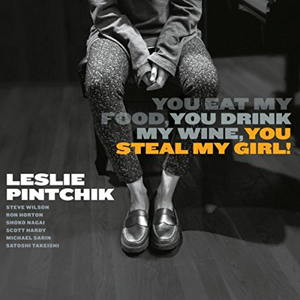 Miss Pintchik offers her response(s) couched in brilliant lyricism (especially) unlike any acerbic wit à la Zappa. And by lyricism one is not yet speaking of gentility, although there is ample evidence of that aspect of Miss Pintchik’s character even in those whimsical tunes.

The real refinement of Leslie Pintchik’s musicianship shines through in the more pensive music – such as “Mortal” and “A Simpler Time”. Here her touch is as singing and tender as the many-splendoured tenderness of a Schubert composition, even – as Schubert would have been – in the most anguished melodic assignations of “Mortal”. In that piece Miss Pintchik’s pianism seldom comes more bare and unadorned: the recipe calling for a virtually single-note melody in the right hand with an almost similar single-note accompaniment in the bass. Even in such spry music-making one discerns a lyricism and power that is uniquely Miss Pintchik’s own.

Her music – and now we might even speak of the standards rendered by her hands here – draws us in with heart-warming immediacy. And it is a revelation to hear something like “Smoke Gets in Your Eyes” played thus. This music seems to come from a distant time and place – perhaps the 17th century moors of England, whose literature so absorbed Miss Pintchik. Except that here the pianist adds a picante take on the melody, swinging it à la mode, so to speak. And as with everything that Miss Pintchik has done on five successive albums before this she has snared some of the most like-minded musicians a band-leader could ask for so that from horns to bass, drums and percussion each contribution is like a brushstroke on a beautiful painting with sound.

Track list – 1: You Eat My Food, You Drink My Wine, You Steal My Girl! 2: I’m Glad There Is You; 3: Smoke Gets In Your Eyes; 4: Mortal; 5: Your Call Will Be Answered By Our Next Available Representative, In The Order In Which It Was Received. Please Stay On The Line; Your Call Is Important To Us; 6: Hopperesque; 7: Happy Dog; 8: A Simpler Time