Home Music Elliot Mason and Cre8tion: Before, Now & After 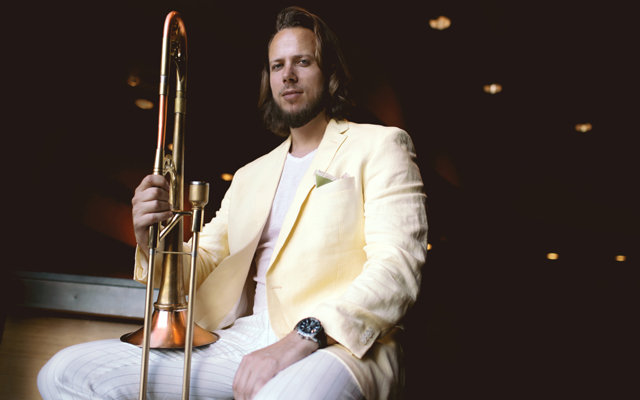 If art, as the proverb says, imitates life, then Elliot Mason picked the best moment to create the music that would convey what this means to him. Not only does he share this with his wife and (at the time of its making) yet-to-be-born child, and his trumpet-playing brother but also with his some of his closest associates from his musical community – the Jazz at Lincoln Center Orchestra – and other mentors. Best of all Mr. Mason brings his “A” game to bear on his musicianship which includes some extraordinary writing and, of course, performance on his instrument of choice: the trombone. This he wields like a proverbial rapier in the cut and thrust of the music, carving the air like a young master, who has discovered what life is like in the continuum of music.

For the musician that and finding your own instrumental voice are the most significant moments of your musical life and when that life intersects with your so-top-speak “real” life then the events can be momentous, as is the case with Elliot Mason and his interpretation of it all on Before, Now & After with the band appropriately entitled Cre8tion. And a lovely thing it is. Mr. Mason is clearly 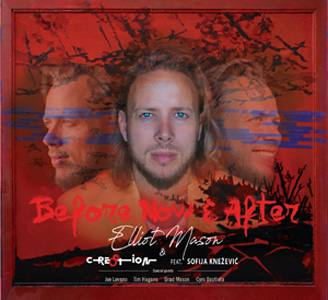 Each brings the contrasting qualities of their unique voices which a distinct plus on charts such as “Before, Now & After” featuring the wraith-like voice of Miss Knežević and “Resolution” on which Joe Lovano is tasked with melding his virtuosity with the heft of a myriad of Coltrane-isms. And it is the combined forces of the ensemble that always raises Elliot Mason to the rafters. The trombonist points himself into rarefied real every time he solos. The degree of extended exultation in “Resolution” can overwhelm to the point of exhaustion. One of the greatest strengths of his performance, however, is that the mighty power unleashed by the low, bittersweet blast, spans all of his performances like a giant rainbow.

Often tensions build and subside – as they do in his conversation with Miss Knežević on “In a Sentimental Mood” – colours darken and reignite, but above all, a giant arc spans the entire 4:31 of the hymn. It’s an arc that contains, elevates and animates Duke Ellington’s golden textures, lending it and the entire repertoire on this disc a rarefied coherence and shapely splendour. During “Let Me Ask You Sonething” Elliott Mason is particularly adept as recalibrating the momentum of the work. The result is an ecstasy that soars but never threatens to veer out of control.

This trombone recording may not replace your favourite one by JJ Johnson, Al Grey, Curtis Fuller, Roswell Rudd, Bill Watrous or Steve Turre, but it will surely complement any of them in its grand trajectory, intelligence, clarity and beautiful sound.