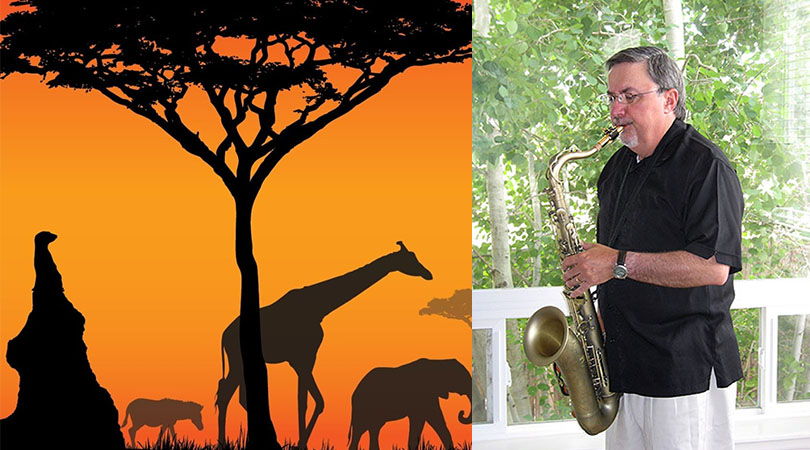 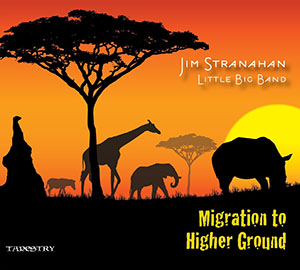 Jim Stranahan has some explaining to do. First of all, he coaxes his ensemble to elevate themselves not one, but several notches so that the music they play occupies a rarefied realm while still remaining earthy and primal. Secondly how does he make a little big band sound like a really big band? The answer is in the music, which is intelligently composed and inspired—not only the music of Miles Davis and Charlie Parker, and Dave Brubeck and Paul Desmond—but also Mr. Stranahan’s own compositions themselves. Then there is the fact that the music is superbly arranged, bringing forth the requisite colours and textures of trumpet, trombone, sousaphone, and the ubiquitous saxophones that Mr. Stranahan plays to lead his ensemble from the front. This is no mean achievement. The music has one quality that much music nowadays lacks and that is the dynamic tension between instruments in the individual exchange of voices as well as in between soloist and ensemble. This wrestling for voice makes the music more risky and edgy and that is what makes it quite memorable.

Mr. Stranahan is, after all a clever composer and arranger—not that he had anything to prove here, but he does so anyway. His musical intellect drives him to explore the idiom and metaphor and the art of contemporary music with depth and erudition. His handling of themes is extremely astute. He has an eye for detail imbuing his music with humour and wit. This he shows off in his affectionate portrait of Dave Brubeck and Paul Desmond. His ability to animate the personalities of these two musicians in “Paul and Dave” is altogether beautiful. His ability to chart a course not only musical but also humane is displayed in the thematic material for the centrepiece of the album, “Migration to Higher Ground.” Here Mr. Stranahan straddles the worlds of history and the exodus of the human Diaspora. This is where his management of motifs and dense and florid melismas indicates he has a sharp sense of musical tradition from Afro-Caribbean roots and its devolution into New Orleans 2nd line strutting as well as into swing and bebop is impressive.

Then comes his ability to lead from the front. As an instrumentalist, Mr. Stranahan is a fine winds player. He plays his instrument as if he were a painter wielding brushes of different dimensions and characteristics. This gives his music a superb flow of line and dynamic. His notes are poignant and played in sweeping lines with much affectation and gesture. Why Mr. Stranahan is not better known is a mystery. His voice is commanding, not too dry and he roars on tenor and alto and wails in a high and lonesome manner on soprano saxophone. It is because of these characteristics that he is able to call out to his musicians in a manner that is both authoritative as well as gentle. This gives him a wonderful edge while leading bands both large and small. Of course this is not all about Jim Stranahan; there are superb performances by trumpeter Brad Goode and the ever-wonderful Hugh Ragin, also on trumpet. Mr. Stranahan’s son, drummer Colin Stranahan, especially on “St. Thomas” and “Donna Lee”. This is exactly what makes this album so exciting and unforgettable.

Track List: Mambo Facil; Bayou Bounce; Paul and Dave; Migration to Higher Ground; Blues and a Half; In Your Own Sweet Way; St. Thomas; Straight from the Source; Donna Lee.

Jim Stranahan received his Bachelors of Music Education and MA in conducting from the University of Denver. Jim spent 30 years as an instrumental music instructor in the Denver area having retired in 2004. Highlights of his 30 years include his jazz ensembles receiving accolades at local and national festivals, including the Wichita Jazz Festival and the National Music Educators Conference and teaching jazz improvisation to all ensembles and instruments, utilizing notable guest mentor musicians as instructors and co-performers. Jim was the saxophone instructor for Colorado Honor Band from 1999 to 2004. He was an instructor at the Mile High Jazz Camp at the University of Colorado from 1999 to 2003. He has been a clinician/guest performer for the Denver, Douglas County, Cherry Creek and Elizabeth Public School Districts since 1998. Jim has been a professional free-lance saxophone player in the Denver area for the past 33 years including playing with Bobby Shew, Lee Konitz, Bob Hope and Rosemary Clooney among others. He has been a private saxophone instructor for the past 20 years.