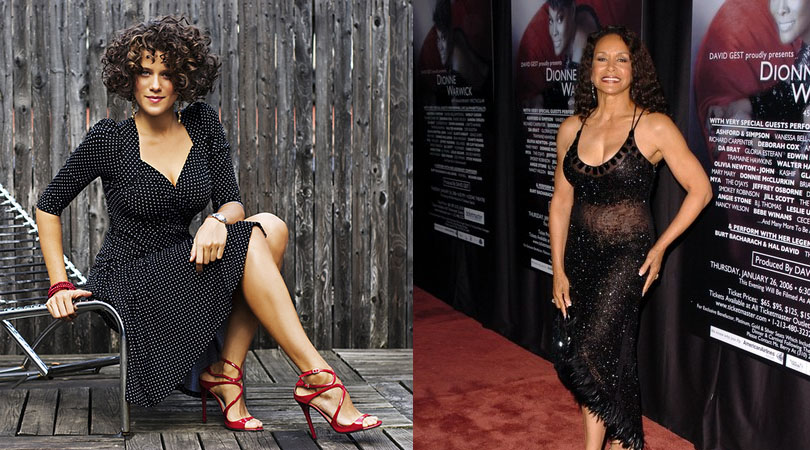 Ever since the days of Big Mama Thornton and Bessie Smith, the days of Ernestine Anderson, Ella Fitzgerald, Billie Holiday and Sarah Vaughan and Joni Mitchell of course the great Abbey Lincoln there has been nothing quite as alluring as a woman singing the blues and swinging like there was no tomorrow. And this feeling continues today, despite the fact that fewer women have been choosing the idiom of jazz to mesmerise men. But Freda Payne, a singer whom Quincy Jones—the ineffable Quincy Jones—discovered some years ago has sealed her place in the pantheon of women vocalists reiterated that position at the tribute to Quincy Jones on his 75th anniversary (Montreaux, 2009). At which point Ms. Payne is a grown woman and a goddess and proves that through fourteen exquisite tracks on her Artistry album, Come Back to Me Love. But there are new comers as well. And one of these is Cyrille Aimée. Ms. Aimée has a Francophone background and a voice like that of an acolyte from the front line of heaven This young lady, with a chirpy demeanour shows off her chops with surprising maturity on her Mack Avenue debut, It’s a Good Day as she runs the gamut of show tunes and even a swinging jazz standard with beauty like the proverbial floating feather. While Ms. Aimée is on her way to vocal sainthood she is preparing herself for the opportunity to swing open the gates of St. Peter and sweep in like the belle of the ball. But Ms. Payne has already paid her dues and has been anointed with the holy oils by God his angels and his saints—the swinging ladies of jazz mentioned above and Ms. Aimée along with a long line of vocal ladies in waiting has also already had a good word put in by the ladies in the pantheon.

Freda Payne: Come Back to Me Love 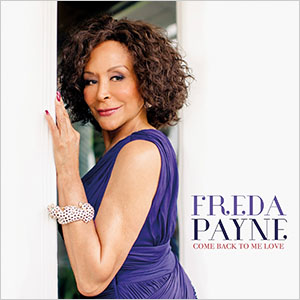 There is edgy brilliance in everything that Freda Payne does. Her phrasing is perfect and perhaps the most alluring aspect of her vocalastics. In fact there are times when it feels that her work is informed by the same soaring quality that is the hallmark of Ms. Abbey Lincoln’s. For her part, Ms. Payne’s singular style is somewhat more pliable and she makes the words of her songs fly out of her lungs filling the room with glorious arcs of emotional fire. She can make words pirouette and fly like Apollo’s angels as they drop from the gorgeous leaps they might do in the air above the band.

There are fourteen songs on Come Back to Me Love and while it may be difficult to pick a favourite a few do stand out and if Ms. Payne sings them often enough she may even create additions to the Great American Songbook. One of these is “I Just have to Know,” a song written by her executive producer Gretchen C. Valade. In fact there may be several charts written by Ms. Valade that Ms. Payne makes classics just by singing them on this album. Certainly there is enough new material here to generate a new chapter in the literature of jazz. The crowning glory of the album is the profoundly beautiful version of “Midnight Sun,” which ironically was a song made classic by Ms. Abbey Lincoln on her 1998 Verve album, Wholly Earth, complete with Bobby Hutcherson’s memorable vibes solo. Ms. Payne of course makes the song her own and brings to the party the fine vibraphonist, Nick Mancini. But hold on: Ms. Payne tops that too with another fine and final (for the album) performance of “I’d Rather Drink Muddy Water”.

Track List: You’d be so Nice to Come Home To; Haven’t We Met; Lately; Come Back to Me Love; Whatever Happened to Me; You Don’t Know; Save Your Love for Me; Guess I’ll Hang My Tears out to Dry; The Island; I Should Have Told Him; I Just Have to Know; Midnight Sun; Spring Can Really Hang You Up the Most; I’d Rather Drink Muddy Water.

Payne was born in Detroit, Michigan and grew up listening to different jazz singers, such as Ella Fitzgerald and Billie Holiday. As a teenager, she attended the Detroit Institute of Musical Arts; she soon began singing radio commercial jingles, and took part in (and won many) local TV and radio talent shows. She added theatrical credits to her repertoire; she understudied Leslie Uggams for the Broadway show Hallelujah Baby in 1967, and appeared with the Equity Theatre in a production of Lost in the Stars. Ms. Payne was chosen to sing at Quincy Jones’ 75th Birthday celebrations at Montreux. Come Back To Me Love is her debut for Artistry. 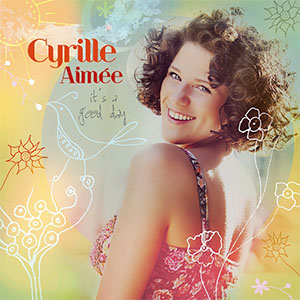 Ms. Aimée is a thoroughbred. But in jazz to be a thoroughbred the vocalist must have undertaken a voyage of discovery—real or via media—of New Orleans, that melting pot where the cultures of Spain and France, of Jesuits and plunderers, and—historically at least—of slaves and free men. Of bluesmen and jazzers paying their dues potentially forever. And Ms. Aimée seems to have undertaken this journey and is still paying her dues, but who has charmed enough folks to make it to near sainthood in a vocation that few survive and those who do seem to hang their tears not out to dry, but on the valley of greatness. Once again, angular phrasing has made Ms. Aimée one of the most bewitching singers in a long time. Her words flutter and float like lapwings and soar excitedly like wrens. She can sound vulnerable as well, but this is, while not being a posture, someone who sounds like she burns like a blue-white flame must be taken seriously as when she sings: “I fall in love with you every morning…” it is so captivating as the words seem to be aimed straight at the heart.

Just listen to her roistering version of Juan Tizol’s “Caravan” and it resonates with the valves that make the heart pump hot and holy blood to parts of the body that seldom come alive unless they are captivated by the song of the soul. The same goes with her French vocals: Ms. Aimée seems to have worked the unwritten history of New Orleans in a past life or something as she makes the earth come alive with the smell of rain, the love of earth and all who inhabit it. Her “All Love” is a misty and beckoning piece that makes the very air in which the notes of the song resonate with an electric charge. This album has its own crowning glory too and that is Oscar Pettiford’s classic, which is wordlessly and brilliantly sung by Cyrille Aimée. With this recording great things are suggested for Cyrille Aimée and it is sure to happen sooner rather than later.

Track List: Where or When; It’s a Good Day; Bamboo Shoots; Twenty Eight; Caravan; Nuit Blanche; Young at Heart; Off the Wall; Love Me or Leave Me; One Way Ticket; Pourlant; All Love; Tricotism.

Vocalist Cyrille Aimée was primarily raised in France by a French father and Dominican mother. As a curious child in Samois-sur-Seine, she would sneak out of her bedroom window to wander into the nearby gypsy encampments filled with those attending the annual Django Reinhardt Festival. She quickly fell in love with gypsy music and way of life; years later she would sing on street corners with friends while traveling across Europe. While in the midst of one such odyssey, she found herself at the Montreaux Jazz Festival, where she won first prize in the vocal competition – which included the financing of her first self-produced album. When Aimée audtioned for the Star Academy (a kind of French American Idol), she became a finalist. Informed she would have to sing only what she was told, her gypsy spirit rebelled—and in what was a cause célèbre she walked from the competition. She now happily tours the world with her band as well as in a duo setting with Brazilian guitarist Diego Figueiredo. Aimée’s talents also recently caught the attention of Stephen Sondheim, who cast her in an Encores Special Presentation at New York City’s City Center in November 2013.