While every work of art – in this case, of course, every recording – is meant to be an often tantalising revelation about character and personality, it is often the first “reveal” that will determine what the future will mean. Proverbially speaking, first impressions always last. In the case of Jeff Reed, it looks a lot like what we are hearing from this bassist will also be the first of many good things to come. 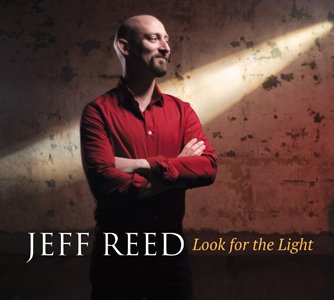 We also say about a person that “his heart is in the right place”. In Mr Reed’s case, it certainly is, not only beating with the beat of titans such as Charlie Parker and Oscar Pettiford, but also swinging with the sheer delight of what it means to honour these and other great Black musicians who gave the world one of its most lasting forms of music. Jumping out to swing with his arrangement of Bird’s “Segment” reveals much of Mr Reed’s reverence for a style of music that changed the world of Jazz forever. Unlike some who play Bird’s music either note-for-note, too fast, or too slow, the bassist chooses to flip and alter its rhythmic and melodic lines.

While Mr Reed may – like most musicians approaching Bird’s music – be awed by the prospect, of playing Bird, the bassist has allowed his sense of wonder to enable him to “play” with Bird’s changes. The result is an interpretation that is fresh and beckoning. The same holds true for “Quasimodo”, this recording’s penultimate track, which is taken slow – even meditative – and thus suggests a kind of veneration of the music. Mr Pettiford’s “Tricotism”, an iconic chart from the highly influential bassist, is a joyful celebration of a mentor’s music; spirits dancing in the flesh. This dancing quality of all of this music played on “Look for the Light” – itself a song that comes from a thoughtful, meditative place – is what makes the performance of this repertoire particularly seductive.

Mr Reed has also – rather cleverly – brought together trumpet and bass clarinet for melodic counterpoint and re-harmonise this music with striking contrasts of brightness and darkness. But merely having this kind of instrumental combination does not guarantee that it will work. It does work because both Sean Jones and Todd Marcus also play with idiomatic ingenuity. Jonathan Epley is the only musician entrusted with the “chordal role”; an enormous responsibility that is undertaken with excellence. Eric Mr Kennedy gave of himself, we are told, during an extraordinarily difficult time in his life. To be able to play at all, is an achievement in itself, but to provide percussion colouring as beautiful as this is magical, above and beyond…