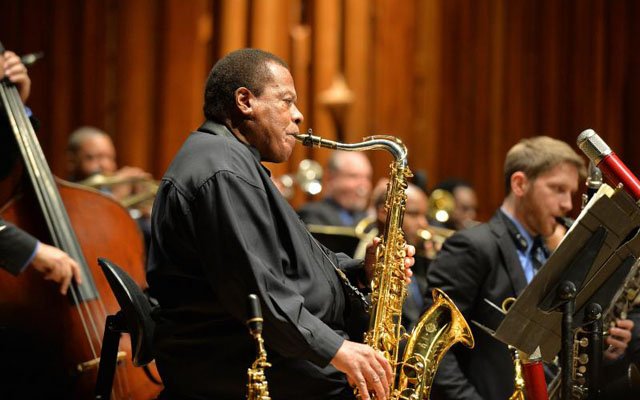 A recording of music – in this instance, a big band one in the house of swing – can aspire to reach one of two things: it can become a great big band recording, or one featuring a great soloist. This one by the Jazz at Lincoln Center, The Music of Wayne Shorter has become both: it is a great big band – great in the grand tradition of Jazz and a great one featuring one of the greatest musicians alive – Wayne Shorter. And then it does more: It glorifies the music of Wayne Shorter in the great tradition of the Jazz big band because it swings like the finest of them such as Duke Ellington, Count Basie, Charles Mingus, Benny Goodman among others, and it also showcases the abundant gifts of individuals who go to make up the Jazz at Lincoln Center Orchestra. 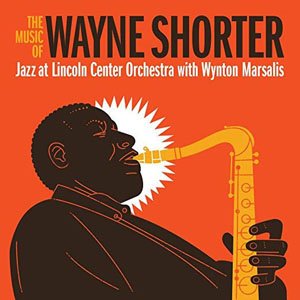 As a composer and instrumentalist Mr Shorter is the bridge to tomorrow. His music stands ancient to the future. Every note he plays has a profound resonance. His phrasing is also unique and although nothing is “instantly recognisable”, his music stirs the air in ellipses created by successions of great big arc that are seemingly formed when the notes are propelled out of the bell of his instrument and around where he is playing. Each loping phrase is so dramatic and cataclysmic that the music that results seem to collapse time. You hear this in such pieces as “Endangered Species” and “The Three Marias” (also heard on this disc). By these seemingly prophetic means he evokes his own great historicity and ancestry in praise of the ghosts of those who went before him, while also uniquely, serving as a herald of those who are surely to come.

It was this way when he was a young player and John Coltrane saw this spirit within him. It’s what prompted Mr Coltrane to recommend him to Miles Davis when the former was had informed the latter of plans to move on from the trumpeter’s quintet. It informed the music of Weather Report which, in a sense paved the way for everything Mr Shorter has composer and played since – from the music of Atlantis (Columbia, 1985) and the ghostly music that followed on Phantom Navigator (Columbia, 1987), both albums breaking shortly after Weather Report was disbanded. HIS tenor voice – which is what we hear on this album – is resonant and virile, range a fully resonant voice a lyric tenor a heldentenor, that powerful tenor voice which assumes heroic tenor roles in opera, which he delivers here, pitched from A♭2 to E5 (concert) on “Hammer Head”, for instance.

Meanwhile on the meditative music of “Contemplation”, he occasionally breaks the reverie that the music creates in its first part with a series of notes played as if he is stabbing his punctuation marks before turning the page. Mr Shorter’s soprano playing is sweet, high-sprung and lustrous. When he solos on “Endangered Species” to end disc one, he once again conjures with terrifying premonition the feeling of impending demise of the “species”. The music swings from dark to light, of course, but always it is always so immense in scope that we can only surmise that the “species” is telling us about is humanity itself. Terrifying themes reappear in “Lost” and “Armageddon” on disc two. However, Mr Shorter’s is also the music of hope. And every note that leaps off the page creates melodies, harmonies and rhythms that connect not only the musical but also – in its promethean creative boldness, speaks endearingly of our own past and present to set us up for a hopeful future.

Mr Shorter is not ever alone on stage during this epic live performance. He is joined by the Jazz at Lincoln Center Orchestra with Wynton Marsalis. This is one of the greatest big bands in the music-playing world. It is peopled not only by the great trumpeter but by a constellation of other stars. Together they make up a formidable brass, woodwinds and reeds, and rhythm section. They are also masterful arrangers and their skills in this department are superbly showcased on these discs. Soli are also distributed among the musicians and this is another area where they not only support Mr Shorter, but also bring his great music to life in the grand manner. This is an unforgettable performance captured with depth and warmth by two engineers – Rob Macomber of SiriusXM and James P, Nichols on not one, but two discs to absolutely die for.