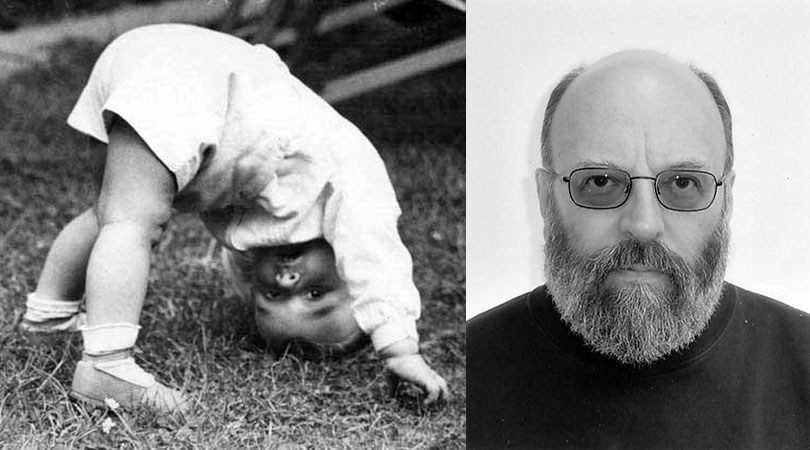 Martin Davidson, a producer and impresario (although he might shrink from the latter) has been making more edifying the world of improvised music for decades now; shepherding musicians across Europe while he works out of the United Kingdom and works (and nestles) in Spain. Every once and awhile Mr. Davidson’s EMANEM label springs forth a surprise; sometimes two or three as is the case here. He calls them re-issues, or some other word that suggests they have been imprinted before. As if it was bound by law that he should. But Mr. Davidson may as well drop the epithet. Every time the music is heard it sounds as it never has before: demented, altered state-of-mind-fresh and seemingly almost never heard of before. Of course none of this has anything to do with Martin Davidson, but everything has to do with the musicians and their music which takes Mr. Mingus, Mr. Monk, Mr. Coltrane and Mr. Coleman down roads they might have gone had they (Mr. Coleman, excepted) been alive. Ornette Coleman remains a guiding light for many modern musicians, but judging by the audacious and profound innovations in this music below, there were and are singular voices that raise the Titanic and then sink it and raise it again. Such is the devastating beauty and historicity of the music that was made when it was made. And such is the refreshing counterpoint and polyphony which dazzles not just to this day, but clearly into the future.

The music is spectral in nature, seeming to unfurl in a burgeoning sort of way behind the third dimension and then show itself as a topography would reveal itself to the Mars Rover. The element of surprise is not simply built into the music and the changes and so on, It is the music in all of its glory. Commonly known as “masterpieces” clarinetist John Carter and cornetist Bobby Bradford seem to make their music out of mouthfuls of air, then spit it forth in the room where they are playing to mesmerise their audiences. The members of ISKRA 1903: Trombonist Paul Rutherford, violinist Philipp Wachsmann and bassist Barry Guy play as if there were walking a singular tight rope with no safety net, and yet as they collide there is no death rattle; no free fall. Violinist Nigel Coombes and pianist Steve Beresford bring orchestral ionisations to their duets and yet they are spectacularly alone probing the limits of their instruments. And so on and on and on… 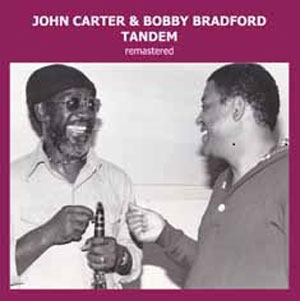 It was the producer as iconic as Martin Davidson who brought John Carter and Bobby Bradford back into the limelight in the 60’s. Until then they were as unheard of as was improvised music on the West Coast of the United States of America, So in 1969, with his partner Jonathan Horwich, at Resonance Records, Bill Hardy, recorded the first nationally distributed and now rare recordings of John Carter and Bobby Bradford in duo Quartet and other settings. Then ten years later, in 1979 and again in 1982 it fell upon Martin Davidson to pick up the slack where Mr. Horwich and Mr. Hardy had left off. Although almost twenty years have passed since the Horwich-Hardy set, nothing and everything has changed. Mr. Carter and Mr. Bradford remained evolutionary beings in the Jacob Bronowski sense. Their music is always changing as if to prove that the only constant in life was change. Notes of a selection of lines from the burnished wood of Mr. Carter’s clarinet and the brazen voice of Bobby Bradford’s cornet fly out of their respective instruments time and time again. The notes are almost palpable. They rise in the heat of the music to the top of the room where they dance and pirouette creating furling lines and musical whorls. The cornet’s voice rubs against that of the clarinet—two distinctly different timbres and yet, as if by magic, two legs of the same cricket singing sweet and lovely or high and lonesome as the music calls for. The masterpieces of these two sessions, almost a decade apart will continue to be the high water mark of improvised music whether there is Ornette Coleman or not. It is that brazen and in-the-face music—sometimes gentle, at other times brutal and pointelistic each note a savage stab at something never heard before and heard ever since. Something timeless. 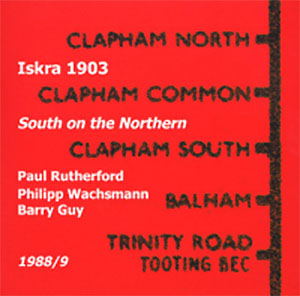 The two discs constitute two concerts come from a touring band that had been in and out of the eye of the needle for eight years. Then in 1988/9 the group It would appear that new musicians were at it in the Clapham concert as well as the Balham venue. So spectacularly unheard of is the music—and it is music—despite its detractors. If the composer Thomas Larcher had been listening to this album and to the one on which Steve Beresford have been playing on he might just retract his statement the no innovations have been made on the piano (or any instrument, for that matter) for decades. Mr. Rutherford plays his trombone as if he were singing from deep within his lungs and deeper still from the arch of his guts. The ghostly voice of violinist Philip Wachsmann hovers like a gray spirit across the music as Barry Guy’s arco playing as well as his occasional pizzicato creates angular structures built up of motifs and melismas that seem to be something the group makes a part of their music as if they we redrawing an imaginary whorl around their collective music, so that in making the music there is also a sort of looking in to a cavernous depth from which the music arises like a mythical beast to terrify the listener with its beauty.

The Nigel Coombes-Steve Beresford set on this magnificent record is probably the nearest to the idiom of jazz as improvised idiomatic and programmed music can get. Mr. Coombes and Mr. Beresford do take their music seriously but in a puckish manner that recalls the Falstaff of Shakespeare and Verdi without his negative characteristics of course, but with all the force of his wit and allure that was also praised by Shakespeare’s Henry V. To transpose the metaphor to this music would be simple and complex at the same time. Like the character, the music is angular, with a great deal of wit and allure, which enables the seduction of listeners to witty aspects of the music such as chopped rhythmic figures played and bowed on the toy piano and the Gobi pot. In many ways this is the most edgy performance of the three recordings. The nerves of the musicians seem exposed to the elements and they bring with them the nerves of the listeners in a mesmerising manner as only Nigel Coombes and Steve Beresford can do—and have done across Britain and Europe for a number of great years,

This is the beginnings of a collection of thoughts about free improvisation and other areas of music. Of course, my magnum opus is the Emanem label, but I have over the years put some thoughts down in words including interviews from 1997 and 2001. One of the problems with Free Improvisation is where it gets filed under? Another problem is getting the world of music into a realistic and unbiased perspective, hence my new musical dictionary. Some people see recording improvised music as being a problem – I strongly disagree. There also seems to be some misunderstanding about editing improvised music. One of the strongest and most satisfactory modus operandi of Free Improvisation is the Spontaneous Music Ensemble (SME) approach devised primarily by John Stevens in 1967. Thirty years later, this is still a major influence, as witness my recent interview with Evan Parker published in Opprobrium #4. Over the years, I have interviewed various musicians, such as Steve Lacy. For more on the wisdom of Martin Davidson check out his website and follow ALL the links. You never know what surprises will be in store.