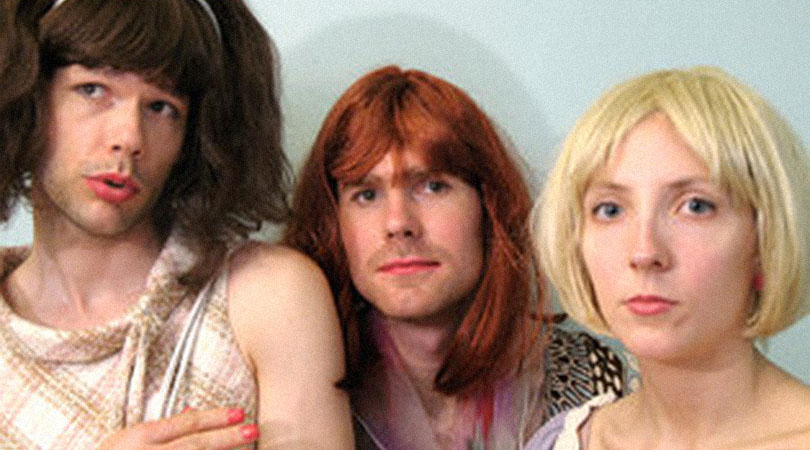 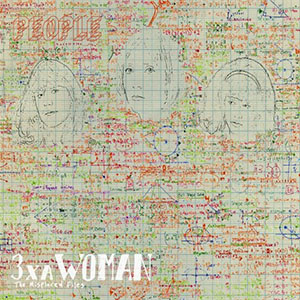 The daring-do of Her Outness, the guitarist Mary Halvorson never ceases to fill the ears and the heart with amazement. On 3x a Woman – The Misplaced Files, Ms. Halvorson turns singer and vocalist, mimicking the melodic lines that she has written with not only virtuoso and molten lines that sometimes skip like a mad hare, but she also sings the lyrics as if they were making the cerebral journey from the neurons that dance in her fingertips to the ectopia of the brain. To suggest, then, that Ms. Halvorson is thinking outside the proverbial box while she creates innovative melodies—and these she surely creates—is like saying that clouds make rain. And this is exactly what is happening here: the melodies and harmonies played by this trio come from a stratocumulus, rarefied realm that exists outside the cranium and yet is controlled by the cranium makes glorious things happen in her music. And make no mistake this is her music, with two outstanding and remarkable gentlemen around to do her bidding. Thus in the playfulness of the cover there is the suggestion that this is a feminine/feminist-driven odyssey, which of course it is not by any stretch of the imagination. However as “change” is the only constant in Ms. Halvorson’s playing and in her conceptions it is well within the realm of possibility that Ms. Halvorson is having the last laugh in this strange loop, in the sense of music within the dominion of a musical theorem from a Gödel loop.

The music here is deceptively simplistic. Nothing that Ms. Halvorson does or plays is simplistic or even simple. Her guitar might sing, but it will also appear to roar and protest and howl and bay at the moon like a werewolf come to create a new musical agenda. In fact, her work is so outstandingly original—in the McLuhan sense—that it is almost 100 per cent of her own devices and creation. This is true of “Prolegomenon” as much as it is tru-er of “A Song With Melody And Harmony And Words And Rhythm.” The guitarist is always creating, innovating taking a stab at the strings coaxing them to sing their unusual songs as her fingers create a glorious retinue of notes that whinny and ring and twang as they pirouette from guitar to the space in the atmosphere of the room. There is no room for complacency or stagnancy. Each space in the music, each accidental, every rest is making room for something special and that emerges—in this case—from guitar to vocals to melody and harmony.

There is something else at work here and that is the remarkable manner in which Ms. Halvorson, bassist Kyle Foster and drummer Kevin Shea work the rhythm into the music. The accents and phrasing that emerges recalls the magnificence of Eric Dolphy, perhaps the only woodwinds and reeds player to truly carry on from where Charlie “Bird” Parker left off. And that is another quite remarkable aspect of this recording. So it is with surprise that this recording is received and long will it be remembered for its inconstant constancy; and it is with bated breath that the next recording from Mary Halvorson will always be awaited.

Track List: Prolegomenon; These Words Make Up The Lyrics Of The Song; What’s So Woman About That Woman; A Song With Melody And Harmony And Words And Rhythm; Supersensible Hydrofracked Dystopia!!!; Zwischenspiel; Reinterpreting Confusing Lyrics To Popular Songs; Interoperable Intertrigo; Piles For Miles; Psychic Recapitulation; The Virtuous Relapse; The Caveman Connection; The Lyrics Are Simultaneously About How The Song Starts And What The Lyrics Are About; The Disambiguated Clone.

One of improvised music’s most in-demand guitarists, Mary Halvorson has been active in New York since 2002, following jazz studies at Wesleyan University and the New School. Critics have called her “a singular talent” (Lloyd Sachs, JazzTimes. After three years of study with visionary composer and saxophonist Anthony Braxton, Ms. Halvorson became an active member of several of his bands, including his trio, septet and 12+1tet. To date, she appears on six of Mr. Braxton’s recordings.