Home Music Hunter Gather: Getting To Know You 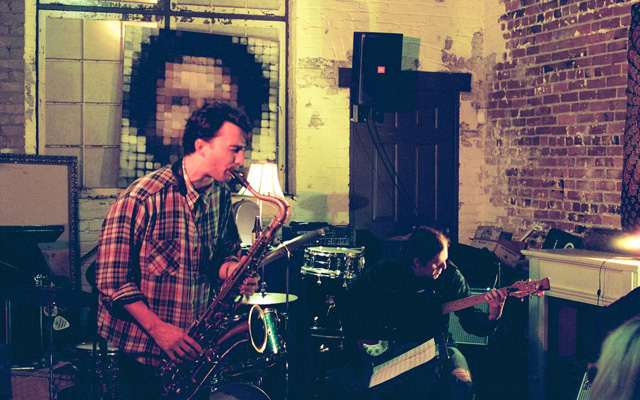 What music to choose for a debut recording? This first album-length disc Getting To Know You by the group Hunter Gather is built around the vision and artistry of saxophonist Levi Gillis is impressive, showcasing a firm-tones, agile and fearless playing style by a saxophonist who is willing to take risks and cover terrain that is both familiar and relatively unknown. The music also shows that Mr. Gillis has a clear rapport with the three guitarists – who are critical to his harmonising process – the pianist and, of course, their drummer, who sculpts the rhythmic content of this music. If, in the end, it offers a satisfying listening experience it is largely due to both repertoire that makes reference to many styles of music and to Mr. Gillis and the musicians who play alongside him.

The works are dense with complex contrapuntal harmonies and often sound as if they were conceived as wry hymns. This is meditative and sometimes almost heraldic music. And the soundworld is eloquent and distinctive. 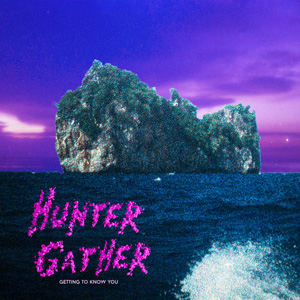 There is also an enormous capacity for surprise, but each comes stealthily – a little Baroque Bachian counterpoint here, a hint of a South Asian drone there brought on by a beguiling saxophone figure elaborated and extrapolated by the guitarists, hats off to who negotiate everything thrown down at them with panache.

Unbridled vivacity and virtuosity is Mr. Gillis’ calling card and with it he drives the musical excursions of Hunter Gather, the musicians of which follow him with effortless rapport and with expressive savoir faire. The writing is dexterously characterised; slow pieces sing. In solo as in ensemble passages the melodies soar, often larger than life. Most of the works are written out of a sense of existential angst and often, as in “The Expatriot” sardonicism is expressed. The album is bookended cleverly and from “I Want to Be an American” to “Let Me Roll My Eyes”; an admirably neat opening performance is followed through with a gasp-inducing closing one by the musicians of Hunter Gather.