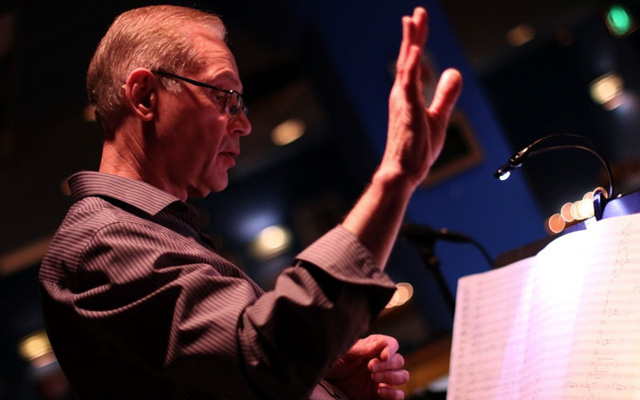 The Scott Reeves Jazz Orchestra isn’t going anywhere – clearly not anytime soon, anyway. If anything far from vanishing Without A Trace suggests that with this music so vibrantly coloured and sublimely textured, and well-judged too, this jazz orchestra is swinging its way into the world of large ensembles, continuing to occupy the top tier with yet another masterpiece. And there’s so much to take the breath away on this disc; from stylish and robust arrangements from the pen of Mr. Reeves to soloing with piercing directness by several luminaries who share the spotlight with an ensemble that performs this music with such spirited readings that the black dots seem to literally leap off the page. 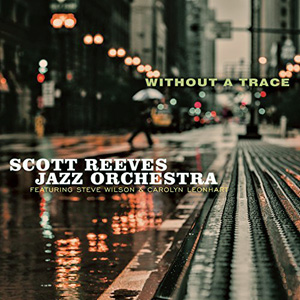 There are, for instance, many sparkling and characterful recordings of Kurt Weill’s “Speak Low” but few you will hear that are as excellent, highly-polished yet full of subtle nuance and spirit as the Scott Reeves Jazz Orchestra’s. The performance is enriched by its soloists: Steve Wilson, Chris Rogers and Andy Watson. There are two other charts adapted for this ensemble that Mr. Reeves and the orchestra have also made their own here. In “All or Nothing at All”, the orchestra renders a meditative song and showcasing the power of brass and winds to invoke high-sprung emotion in an overwhelmingly intense melody. The third standard is Wayne Shorter’s “Juju” which – like much of Mr. Shorter’s compositions – requires much physical handling. This the orchestra brings to life again with notable complex textures, rich harmonies and orchestration, and the elaborate use of leitmotifs so much so that Mr. Reeves – ever the classic Jazzist – even suggests that Shorter is Wagner’s middle name.

Mr. Reeves own compositions are just as convincingly handled. The orchestra plunges into their world with a characteristic sound; incisive woodwinds, powerful brass and a rhythm section that performs with percussive attack whenever the chance arises. “Without a Trace” is a work of extraordinary craftsmanship full of old-style lyricism highlighted in the beautifully forlorn performance by Carolyn Leonhart. “Shapeshifter” is viscerally exciting, replete with glinting lights and mysterious depths and is performed by the orchestra with great distinction. And “Something for Thad” recognises the genius Thad Jones, who Charles Mingus once referred to as “Bartok with valves”. Appropriately, the soloists are trumpeter Andy Gravish and trombonist Matt Haviland, who perform with distinction.

Clearly the Scott Reeves has perfected the art of the jazz orchestra for he is a master of mood and atmosphere, with the ability to coordinate colour and structure to a rare degree. Without a Trace is a superb example of all of this.