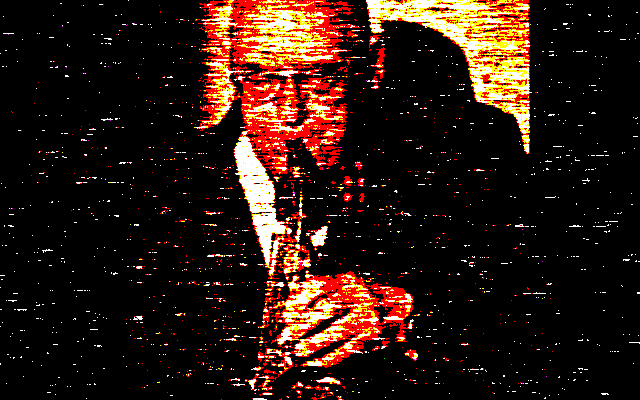 The remarkable nature of George Khan’s free improvised music lies not only in its controlled chaos but on Mr. Khan’s apparent refusal to intellectualise and pontificate. As a result, we have such music as on Ah! a record, which as the very title suggests both surprise as well as – once the first notes leap to the fore – music that is fearlessly complex and often nerve-janglingly dissonant, and always music that exists in an ever-changing soundscape untouched by sentiment or retrospection. Most remarkable of all, perhaps, is that its effect on the listener – especially one who has not heard it before – is oddly pleasing; that is to say, you get to like what you hear very quickly.

In his liner notes, Martin Davidson uses the words “Fire Music, usually associated with great spirituality…” to describe his first impressions on hearing Mr. Khan early in his performing career. This observation is borne out in the violence of “Battling the Sound” and then followed by the unexpectedly “long” silences that punctuate the notes played by Mr. Khan on the saxophones he employs on The Hornsey 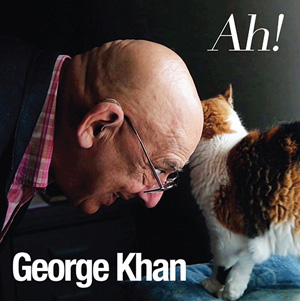 “Sit-In” tracks – especially in the early parts of the first “Sit-In”. In fact, in “Sit-In 1” the saxophone make music in what seems like a solitary quietude. All of this changes in “Sit-In 2”, in the gathering storm of a droning bass and ominous piano, all of which ends in a dramatic crescendo.

The music that Mr. Khan makes with the trio on Disc B is a lot more frenetic and edgy. The music of “Unity” seems to be made less with hands and fingers and more with nerve ends. The trio delivers a pulsating account of this music but it is also a sensitively drawn performance in which the saxophones and flutes are intricately balanced with bass, violin and percussion. And once again, as “Unity 2” draws to a close, there is a sense that the music is about to burst its banks. The “Mopomoso” features enable the listener to fall prey to the frenetic solos by Mr. Khan on flute and baritone saxophone. This is a superb performance are marked by radical dynamic shifts and startling use of tone, together with rhythmic pulses, which makes these shorter pieces utterly engrossing.

George Khan may have been a figure who existed on the outermost fringes of the British improvised music scene. While these two discs will not bring him closer to the centre, it’s just as well for this music that it is best remembered for being transcendent in very essence of its wild edginess.