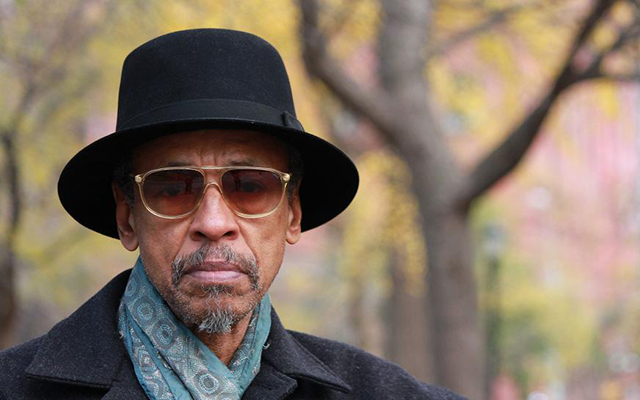 Henry Threadgill Ensemble Double-Up: Old Locks and Irregular Verbs
If you are even remotely unafraid of its title, and even less afraid of improvised music, then you will be completely absorbed by the heft, directness and profundity of this recording by Henry Threadgill. The quiet rioting of the musicians who seem to be all over their instruments, are exploring the imaginative score, brazenly and respectfully all at once. You can almost will yourself to picture Henry Threadgill, arms swishing as he suggests and coaxes, implores and even insists upon direction of character and narrative, exhorting his ensemble to take the twists and turns of the music in their stride. To boldly go where the music beckons, no matter how fearful the plunge may be. Threadgills’s wizened and trained hands draw a whirling web of flowing black (and a few blue) lines circling over a darkish void. It is as though a net of light that envelopes and infuses ordinary sounds had made itself visibly – a unifying vision of luminosity the world radiant with being. 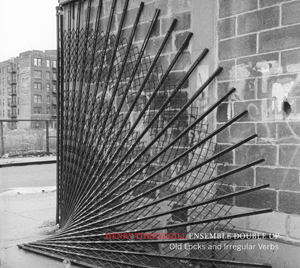 You might try closing your eyes to experience the secrets of the music that whispers, then roars from the speakers introducing you to the interconnectedness not only of the chart’s four parts, but of art and life: the web that holds the smallest (musical) detail of her vastness. Henry Threadgill, for his part is omnipresent in the silence of h is conducting hands, present in the luminosity of the music, where the smallest detail glows with the power of primordial mystery. The glorious paradigm of Old Locks and Irregular Verbs – it’s very hypothesis – seems to be based on its composer’s recollection of all things divisible by music. The arc of the composition cuts a wide swathe through the geometry and art of musical architecture. Space, time and logic disappear unobtrusively, in the linguistic invention of the music. It pays to sit in wide-eyed wonder of what unfolds for your inner ear to recognize the unsolvable mystery of the record’s title. Never lose the thread of the music as tuba and saxophone, pianos and drums conjure up its monuments with utter profundity.

The composition – like those of Anthony Braxton’s – only serves to widen the circle of Henry Threadgill’s life in music. Like Braxton and Muhal Richard Abrams and other members of his old-boy’s network, life may have taken them on divergent paths, but the music keeps building upon itself just as an old civilization is subsumed by a new, more advanced one. Threadgill’s mind expands with every note he seems to present, every elliptical path of harmony and every angular rhythm. Each piece of music that he creates is like shattering the glacier of its predecessor, creating shards of ice that can never assume the same shape again. Thus it evolves, as this music has, into something wholly new – a new paradigm that will never be repeated again.

Henry Threadgill is an American composer, saxophonist and flautist who came to prominence in the 1970s leading ensembles with unusual instrumentation and often incorporating a range of non-jazz genres. He studied at the American Conservatory of Music in Chicago co-majoring in piano and flute, along with composition. He studied piano with Gail Quillman and composition with Stella Roberts (1899-1988). He has had a music career for over forty years as both a leader and as a composer. Read more…