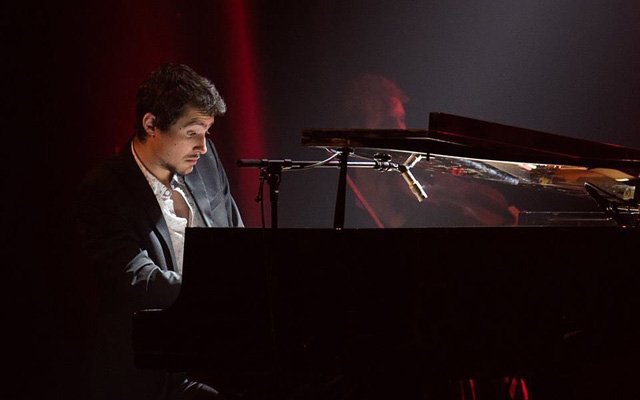 The criticism – often entirely justified – that music faculties in institutions across the world seem to churn out cookie-cutting so-called virtuoso musicians sorely lacking in imagination, intuition and also wisdom certainly does not seem to apply to the young pianist Guy Mintus. Now flush with the riches of only his second album, Connecting the Dots Mr Mintus is already displaying erudition well beyond his young years. Seemingly well-travelled and – more than that – well-read the pianist appears to have not only opened his mind to literally everything and every kind of musical expression around him, but also absorbed a myriad of influences in a profound manner. 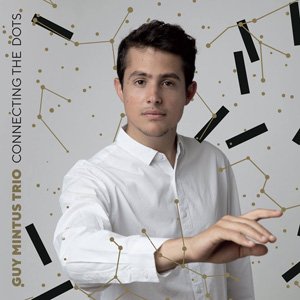 Like phenomenal Israeli musicians – composer and bassist Avishai Cohen and composer and clarinetist Anat Cohen – the tone colours of Mr Mintus’ music has been forever tinted by Middle Eastern Sephardic and Ladino music. His musicianship is also informed by (the improvisational facet) of Jazz and a technique is clearly rooted in European Classical – particularly Romantic and certainly elements of Schoenberg, Webern and Berg’s – music as well. But he has absorbed all of this bombardment and internalised everything to an extent what no musical training can really teach you to do. All of this has resulted in music that puts him on the road to developing a singular voice which, when it reaches maturation, will sing from a magical score-sheet.

Mr Mintus is already displaying signs of this and it can be heard on “Samarkand” a composition that has all the markings of what could be the start of a very bright career as a composer. Together with “Koan” which sets out to unravel the existential challenges using pianistic gestures and devices that provide a wonderful parallel for the “something” and “nothing” at the heart of Zen syllogism. The latter is quite a feat of composition, but it is the former work that will mark Mr Mintus’ future as a composer. This young pianist attracted a gifted cohort in the form of bassist Dan Pappalardo and drummer Philippe Lemm, who are completely invested in the pianist’s vision and artistry.

Mr Mintus is also joined by the young vocalist Sivan Arbel on “Hunt Music”. Miss Arbel has set the world alight with her own music and is utterly hypnotic on the moody song that sets the Sufi poetry of Rumi to music. Also present is the incomparable Dave Liebman whose artistry sparkles – as always – on the traditional “Avinu Malkeinu”. Between the Buddhist “Koan” and the shimmering lights of “Haperach Begani”, a deeply-felt work that Mr Mintus vocalizes in haunting, undulating fashion, we have an album that is absolutely to die for.