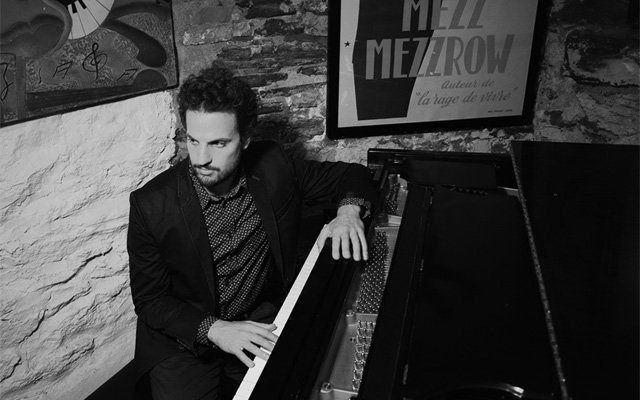 Ehud Asherie is an old soul whose playing is immersed in the Jazz tradition that began with Ragtime pianists and roared through the 40’s and 50’s with beboppers, some of whom morphed into the modal, and later freer tribe of musicians. There is literally only one musician – perhaps two, if you count Dick Hyman – who can play with the majesty and breadth of knowledge as Mr Asherie and that is Jaki Byard. But with Mr Byard gone and Mr Hyman is a gradual retreat, Mr Asherie reigns supreme. 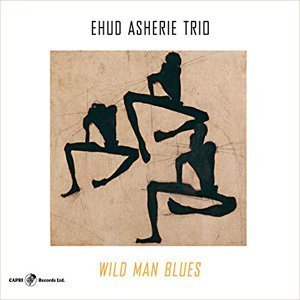 However, it is not just the fact that Mr Asherie can evoke the past Jazz Masters of his instrument; but he can imbue his playing with a musicianship that is as complete – technically and emotionally – and this makes him a singular rarity. On Wild Man Blues he shows off all of these characteristics by playing a short and perfect programme, the likes of which is rarely captured in a studio or on stage. On the music played on this set from Louis Armstrong’s classic “Wild Man Blues” to Dizzy Gillespie’s puckish little gem, “And Then She Stopped” Mr Asherie exploits the construction of his instrument using its heavily felted hammers to produce an utterly refined and encyclopaedic sound. This takes virtuosity of an uncommon kind which, of course, Mr Asherie has in spades. But it also takes the ability to not only feel the heartbeat of music, but also its soul; that intangible “thing” that can only come from “feeling”. As a result you will be treated to music that is not simply virtuosic for virtuosity’s sake, but seemingly introverted miniatures infused with an intimacy and emotional intensity so that the music can only be described in Heine’s words: as “the poetry of feeling”

The songs Mr Asherie plays traverse various moods and tempos and further elucidate the fact that this is a pianist who can like the fictional Art Zelig be wholly present in almost any place where music is played, and that too, in any era. There are tumultuous displays of sustained energy on “Flying Down to Rio” and “And Then She Stopped”, the former alternating between tradition and modern contexts but always at a demented pace. On the latter Mr Asherie crowns his performance with a nuanced pianissimo re-statement of the key melodic phrase that is, magically, refracted in the work’s blistering rhythmic groove. Mr Asherie reserves – to my mind, at any rate – his best performance for the two Charlie Parker blues pieces on the recording. “Parker’s Mood” and “Chasin’ the Bird” literally resurrect the spirit of the legendary composer and architect-in-chief of Bebop and come so close to the spirit of almost resigned introspection (in the former song) that is later followed up or seemingly answered with the slow rippling melodic figurations of the latter piece.

This utterly masterful performance is completely enhanced by the presence of bassist Peter Washington and drummer Rodney Green, both of whom are closely attuned to Mr Asherie’s vision and artistry. And the warmth and “nearness” of the instruments’ sound – another winning production by Tom Burns and engineer Michael Brorby – makes the listener feel as if it is all taking place in the close comfort of an audiophile’s living room.