A flutist such as Mark Alban Lotz is a rare phenomenon in music today. Here’s what he’s definitely not: he’s not a flutist who will dazzle the listener with virtuoso technique although he displays this in spades on Charlie Parker’s “Segment”, on The Wroclaw Sessions. But he’s the kind of artist who seems forever at the service of his art, which is to say he draws attention to the music, employing his genius to let the music glow in the dark. He is a master of colour and can make the timbre of his instrument literally come alive in a manner that makes it almost palpable.

Speaking of mood and musical “optics” he is the prince of darkness. Whether he is playing the long invention that he has written as an introduction to “Segment”, or Victor Young’s “Song for Delilah” he has an almost Expressionist ability to cast long and dense shadows on the music so much so that it matters not what kind of flute he is playing but how he decides to spin the new mood of the piece. 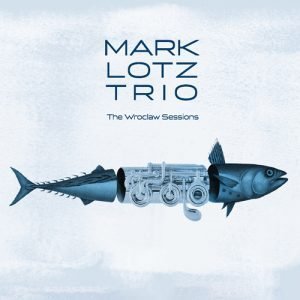 On both songs the fact that he appears in a duet setting with Grzegorz Piasecki – who brings the majestic dark tones of his contrabass to bear on the songs – adds much in the way of atmospherics so that the musicians without resorting to any extraneous effects simply create the sense of long shadows on the melodic lines and the harmonic conceptions.

Lest one give the impression that this repertoire is cast in ink-black shadows alone, Mr Lotz re-invents Sam Rivers’ beautiful “Euterpe” in a blast of light. The light and shadow is a big part of the great Indian flutist, Hariprasad Chaurasia’s piece “Raaste Men”, to which Mr Lotz has added substantial parts – enough to merit a co-composer’s credit – and “Franz”, by the brilliant Netherland-based saxophonist and clarinetist, Michael Moore has been polished into a gleaming gem. With Polish drummer Wojciech Buliński appearing on several selections “Slap, Kick & Stop” the effervescence is further highlighted by the drummer’s deft splashes of sunshine on the cymbals evoke an enormous sense of release of music that hovers in shadowy niches.

Clearly Mr Lotz is widely-travelled and his music traverses an enormous cultural topography from Europe to the US and form India to South Africa. In fact his homage to Miriam Makeba – “Pata Pata” – composed by the iconic South African chanteuse and Jerry Ragovoy is one of the crowning glories of the album. The other is, of course, ”Segment”; a masterful doffing of the proverbial hat to the music that clearly propels Mr Lotz, and that is the Bebop of Charlie Parker. No matter where you look, this is an album to die for.