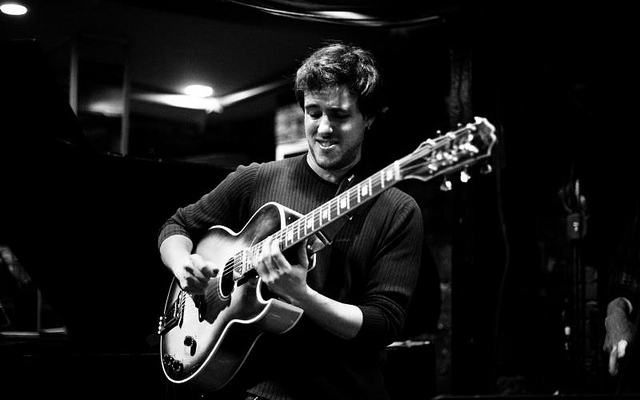 There is a wonderful aura of mystery that abounds in the melodicism of Gilad Hekselman’s music. Moreover with their subtly shifting rhythms his songs – even the ones he sculpts out of other composers’ works – ignite fires of their own. And on Homes with no one else to share harmonic duties, Hekselman weaves mesmerising and alluring webs around melodies – both familiar and unfamiliar – to draw in the listener into a delightfully dangerous liaison with the music. All of this makes for a compelling album, one with which Hekselman takes his career up several notches. 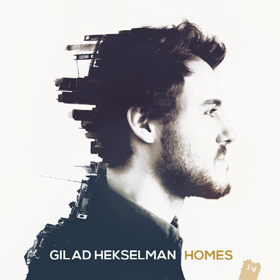 Gilad Hekselman is a guitarist who was clearly raised on a staple diet of the great ancestors of his instrument – as varies as Charlie Christian and Wes Montgomery are from Jim Hall, Joe Pass and Pat Metheny and John Scofield. And while it is impossible to avoid the influence of these giants of the guitar, Hekselman has worked hard at developing a voice of his own. He plays plump, rounded notes, gently released from between fret and fingers with glorious dynamics. Combining strings of these he creates lines that are phrased with delicate beauty. They – the lines – appear to be sung rather than played, their seemingly rolled melismaic curving into the air in gentle arcs like lines in a mobile by Calder.

Hekselman plays like no one but himself and this is more than you can say about most guitarists of his generation. He is also a profoundly intelligent musician whose records are to die for. His productions are informed by repertoire that is not necessarily based on guitar literature. He is a natural writer who, in the course of his career, has widened the scope of guitar music. Listen to Verona and Keedee to hear what I mean. These are extraordinarily-crafted songs. The demands that the music makes on the guitarist’s two hands suggests to me that he was imagining the songs played on a piano – and possibly a guitar, at the same time. This is very different from the two-handed technique that many guitarists use and remarkably suggestive of the fretboard being used more as a keyboard than anything else.

But analytical listening aside, the listener will also be captivated by the latter third (or so) of his album. Here he has tucked in four songs by other composers. It is customary, when music by other musicians is played by another refreshingly, to suggest that the interpreter has ‘made the music his own’. Gilad Hekselman seems to have taken this adage to a new level. The excitement that ensues when he plays the music of another composer is akin to following a new trail, one which you can never tell where it will lead, but which is so compelling that you are drawn to it like a moth to a flame. Parisian Thoroughfare, one of Bud Powell’s most iconic compositions gets this treatment, as does Last Train Home as well as the other two songs.

Time will tell what Gilad Hekselman is going to do in the future. For now, however, he is in a place where his reputation is being forges in rare metal. There will be no going back from here but considering all the things that are happening throughout this album that is not an option. There is only one way for Hekselman and that is the route to the top.

Gilad Hekselman has been developing a reputation as one of the most promising guitarists in New York since his arrival in 2004. After only a few years this native Israeli has shared the stage with some of the greatest artists in the New York City jazz scene including Chris Potter, Mark Turner, John Scofield, Anat Cohen, Ari Hoenig, Esperanza Spalding, Sam Yahel, Jeff Ballard, Gretchen Parlato, Avishai Cohen, Jeff ‘Tain’ Watts, Tigran Hamasyan, Aaron Parks and Greg Hutchinson. Read more…