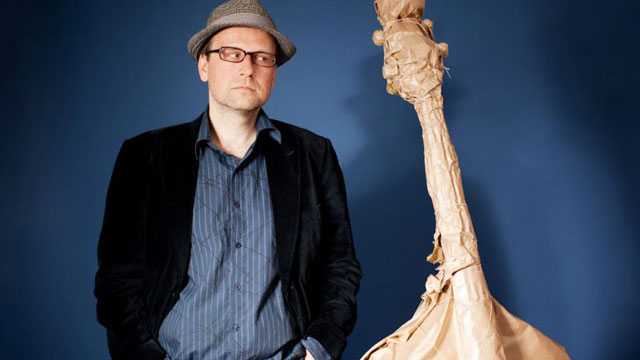 The approach to the acoustic bass in popular music has been largely rhythmic, until musicians such as Jimmy Blanton, Oscar Pettiford, Ray Brown and Scott LaFaro, and somewhat more importantly, Charles Mingus, burst upon music. They, among a handful of others, revolutionised the role of the bass in the music of an ensemble. When these men played their instrument, it became—as it did in the classical chamber ensemble and the symphonic orchestra—a purveyor of colouration, textural and timbral musicality. This was more, often than not, enhanced by the bassists just mentioned, who not only added a harmonic, but a melodic role as well in the performances of soli and in the ensemble passages in music. But role of the bassist has taken many leaves from the playbook of those legends and developed it further. Musicians such as Barre Phillips and Renaud Garcia-Fons have brought a new approach to bass playing. These men enhanced the range and, consequently the role of the instrument to include, among other aspects, its original personification as that of a bass violin. In doing so, this became an important shift in its role in t he ensemble and an almost complete realignment of the bass as an instrument, yet again. Another person who seems to have put all of this into a dramatic manner of playing is the Austrian virtuoso Georg Breinschmid. Many of his albums, including Brein’s Café (PreiserRecords, 2010), Fire (PreiserRecords, 2011), The End: Live at Wiener Konzerthaus (PreiserRecords, 2012) and now Double Brein highlight this superb musicianship in a vivid way. 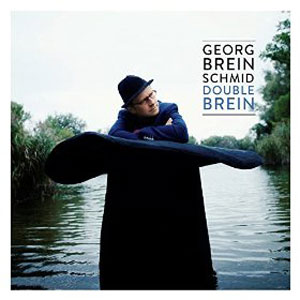 The reason for that is simple. As if in an amazing, perpetual dream, bassist Georg Breinschmid’s music is written with the minute and delightful twists and turns that few music is. The compositions are always brimful with surprise and when he plays them the bassist takes virtuosity to a whole new level. He is also the master of colour, texture and emotion, and Mr. Breinschmid is—above all—a musician who is humorous, much like Frank Zappa is, who mixes seriousness with a wonderful puckishness, to always entertain while being true to the music’s beauty in a most magical way. The magic comes from the fact that Georg Breinschmid is intuitive and has great taste. And yet, or perhaps in spite of this, Mr. Breinschmid plays as if the manner in which he makes his way through a song—both in terms of his ensemble playing, as well as in his soli—happens without a conscious effort to be different or special. He seems to be secretly informed of the mysticism of music; something that makes his playing born and not made. His expression is aligned to his heart and soul. His phrasing reminds one of the lines and angles and the curves of geometry and when he negotiates his way through a piece it appears as if he is possessed. And that in his playing he is almost unaware of his surroundings except those that include the musicians he is playing with of course the effect he has on his audiences, which is to cast a spell on them. It is as if Georg Breinschmid is in a constant state of wonder.

Double Brein is a double CD and has plenty of examples of this. It includes slices of life that Mr. Breinschmid shares with various musicians—violinists, cellists; brass and woodwinds players, accordionists and guitarists—in various permutations and combinations. He manages the relationship of the bass with these various instruments in an inspired manner. The manner in which he puts them together is almost sly. You get glimpses of the instruments interacting with each other throughout the records as if they were lovers undressing in the privacy of a bedroom with shadows and light making for a heightened sense of drama. The record also throws a spotlight on some of the special relationships that Georg Breinschmid enjoys with the Janoska brothers, pianist Frantisek and violinist Roman. CD2 includes two majestic examples of the symbiosis that exists between the three musicians—on “Monti Csardas” and “Consolation”. CD1 features some performances with his other musical cohort, the trumpeter Thomas Gansch. “Reich & Schön/Waltz for Idiots” and “Interlude” are just two of the spectacular examples of this musical relationship. There are, in addition, performances with a strings ensemble and several solo performances. All of these are not calculated to show off Georg Breinschmid’s skills as a bassist but also to highlight the importance of his repertoire. This is slowly increasing in size and scope, becoming a force to reckon with not only in the bass-ically, but musically as well.

Georg Breinschmid was born in 1973. He is one of the leading Austrian jazz musicians on the international stage. Breinschmid studied classical double bass at the University of Music and Performing Arts Vienna. During his studies he played in various Viennese orchestras (Vienna Philharmonic, Vienna Symphony etc.) as well as in chamber music ensembles like „Kontrapunkte“ and „Die Reihe“. At the same time he started to play jazz and collaborated with various jazz musicians, among them Zipflo Weinrich. He joined the Lower Austrian Tonkünstlerorchester from 1994-96 and then the Vienna Philharmonic Orchestra from 1996-98. He soon decided to turn his back on his orchestral career and dedicate himself more to his true passion – jazz. Georg Breinschmid has been working as a freelance jazz musician since 1999. He has recorded many fascinating CDs as a leader as well. This has enabled him to establish himself as one of the most versatile and virtuoso bassists of the international jazz scene. Read more…