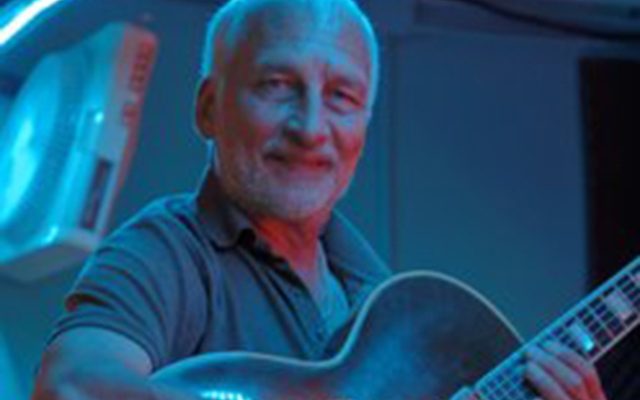 It may have been a fascination for Wes Montgomery that drew guitarist Frank Kohl to the idiom and the art of Jazz, but many years of paying his dues, together with the music of George Benson, Jim Hall, Pat Martino, John McLaughlin together with Eric Clapton and Jimi Hendrix turned the once starry-eyed novitiate into an erudite guitarist with a singular voice. So that whether he is swinging a melody or taking one apart with colourful dissonances; picking out a melody in slender lines to a song or applying thick and creamy chords to its harmony; a high-flying solo as he extrapolates on a theme or following up on a melodic invention its seems that Frank Kohl is quite his own man.

Always – as can be heard on the music of Rising Tide – Frank Kohl can be heard capturing the energy and passion of the music as he caresses his guitar as lovingly as one would if she were alive and in his arms, waxing eloquent on a gleaming dance-floor. Throughout, Kohl is a breathtaking treat for the inner ear as 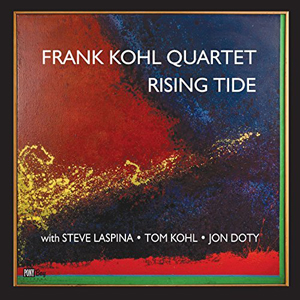 each piece is deeply studied and exquisitely performed – whether it is a familiar standard that is given a new lease on life, or a clever original composition that has been uniquely conceptualized.

Rising Tide is an album principally of standard tunes. Most of the songs are slower-moving and contemplative, in places stylistically recalling Kohl’s oldest mentor, Wes Montgomery. But unlike Wes Montgomery, Mr Kohl plays with a pick and not his thumb (and index finger). Still, what Frank Kohl is able to achieve sonically is a kind of glimmering, soft edge to each note, almost as if he is breathing on the notes to take the edge off them. But as his expression is so pure and pristine, a radiant spine-tingling tone ensues. (Check out “Richman Poorman”, for instance).

Like a masterful illusionist, Frank Kohl lets key notes in the odd phrase elongate themselves as the left hand flickers and quivers at the fretboard. Perhaps the most striking aspect of these sonic excursions is their sensuality and sonority, confirming without question that Frank Kohl is a master of orchestration on the guitar. He synthesizes a passionately chromatic musical language with a subtlety of timbre that places him close to the realm of the Impressionists with an uncanny ability to conjure up the feeling of moist paint on an aural canvas.

On this striking album, Frank Kohl together with his brother and pianist, Tony, bassist Steve LaSpina and drummer Jon Doty deliver strongly committed and full-blooded performances. This is supported by a crystal-clear recording that allows you to hear every detail in these intricately wrought scores. There is a burnished sheen to the guitar and the mellow, restrained piano, and deliciously full-bodied bass. And while the music may not bounce off the walls it glows in the dark with a tonal purity and a sheen as soft as rare silk.