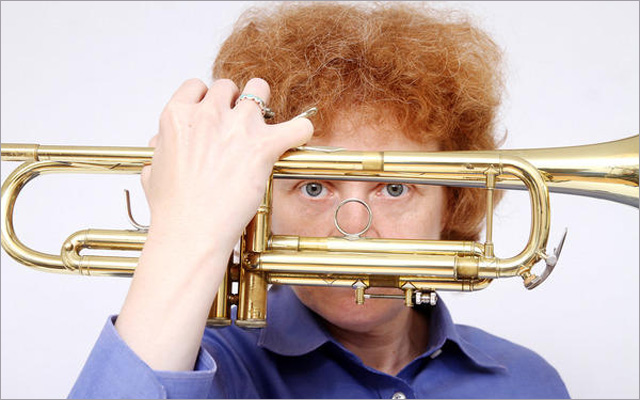 There can be no earthly reason why the music of Carol Morgan is not better known, other than the fact that she has not made many recordings. One would hate to believe otherwise. This is music made by a woman, for instance? One certainly hopes not although wasn’t Melba Liston treated the same way until Randy Weston took up her cause? Still, it is a disturbing thought and even though Carol Morgan may not have expected a brilliant trajectory in her career ‘from teenage stardom to contemporary celebrity’ so to speak, it is hard considering her ingenious musicianship (more steeped in The Tradition than other trumpeters of her generation) not to expect wonders for her. Her musicianship with the trumpet makes the melodies of old songs – such as those on this album, Post Cool Vol 1. The Shift in the Night – gleam like new. What’s more Morgan delivers her lines with spontaneous, unaffected joy. Surely this will capture every audience alive?

Hardcore jazz fans – not only those who doted on Duke Ellington’s trumpet family and Clifford Brown, but also (and especially) Clarence Shaw, that legendary and enigmatic Charles Mingus discovery – ought to love the spry trumpet and cool musical voice of Carol Morgan. Listening to any and all of her music, this album included, one cannot help but be wonder-struck at how she not only takes command of the quintessential jazz instrument, but indeed, all of the very air in the room. Once colonized, Morgan populates the silence with notes that can only come from a master tunesmith. It would appear, for instance, that in both the melody and the extrapolations that follow from mastering it, 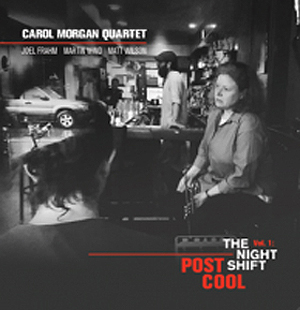 Carol Morgan plays every note as if it were coming from her last breath. The preternatural howl of a high-C and the glissando that follows up or down the scale followed by the onrushing arpeggio can send even the musical cognescenti into breathless raptures.

If not commercially, then at least critically and artistically, it would seem that her performance on Post Cool Vol 1. will do it for Carol Morgan. There are just six songs on the album. No favourites are possible because every one of the tracks is stellar in its own right. Morgan’s playing is not only in a class by itself but full of visceral energy and passion. Her notes are captivating for their oblique, elastic character. Her melodic sense mimics, in every way, the voices of the great vocalists from Ella Fitzgerald and Billie Holiday to Abbey Lincoln and Sheila Jordan to Betty Carter, Fontella Bass and Cassandra Wilson. Consider how Carol Morgan transforms familiar classics with the literate, witty, acerbic, and poignant, voice that she brings each of the six songs – from “Strollin’” to “Autumn Leaves”, breathing new life into them by her honesty, assurance and insight, and her consummate phrasing and poise.

Moreover every arrangement here draws the stellar cast of the Carol Morgan Quartet deep into the music and thus, saxophonist Joel Frahm, bassist Martin Wind and drummer Matt Wilson – all top-flight musicians in their own right provide classic performances. Best of all, Carol Morgan shares her musicianship magnanimously; receding into the shadows as Frahm, Wind and Wilson solo in their time inevitably enriching the beauty of each work in every possible way.