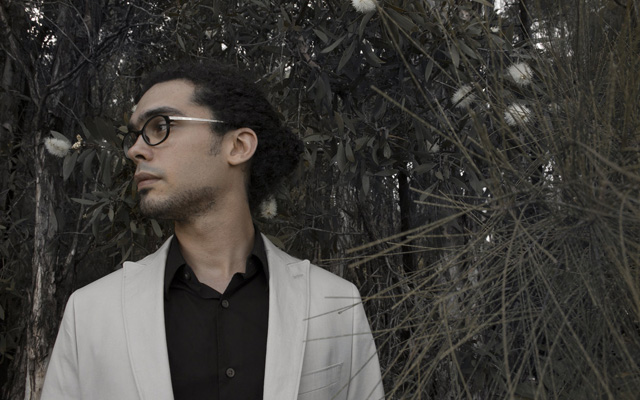 Where does the beautiful intricacy of musical language end and give way to the complex, and often ponderous language of philosophy? If you are Fabian Almazan, then fortunately that point, or line is blurred, perhaps invisible or even non-existent. Fabian Almazan is a deep thinker and profundity informs his music almost imperceptibly; most powerfully so on Alcanza the 2017 sequel to Rhizome. Actually the image of a rhizome is poignantly significant: in botany it is a modified subterranean stem of a plant that often sending out roots and shoots from its nodes underground as well as upward. Philosophically however it gets more interesting as it is applied to all living species. In A Thousand Plateaus Gilles Deleuze and Félix Guattari suggest that their (philosophical) rhizome works to create trans-species connections. They say: Just as an orchid and a wasp metaphorically interact together to form a multiplicity (i.e. a unity that is multiple in itself) of living beings. In his short introduction to Alcanza Fabian Almazan seems to hint at arriving at the same conclusion when he was in Jericoacoara, Brasil some years ago.

It is not unusual to ponder endlessly in Brasil where you can come face-to-face with the immensity of the universe and the insignificance of seemingly all life, albeit its rhizomatic co-existence with every other species on earth. And it all comes together in this nine-movement suite Alcanza. Further you would not be remiss if you thought that what you are holding or about to hold in your hands is “not a CD” but the continuum of life on the planet in an electronic diary somewhat suggestive of Ridley Scott’s Blade Runner revisited in Chicago, 2051. Well, in many ways the music that you hear on this James Joycean record is just that, a steam-of-consciousness narrative. The fact that it is an evolving story of a life lived by a multi-talented musician, which is informed by endless invention and improvisation it soon feels like what 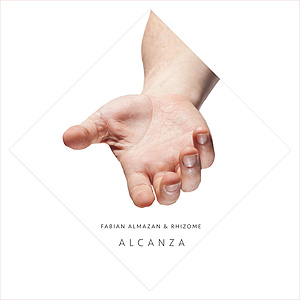 music-loving pre-and-post-Heisenberg theoretical physicists might call the musical physics of Almazan’s universe. If you’re wondering whether that last sentence is devious plot to create a new conundrum completely separate from what you are about to hear, simply give the disc a spin. Okay, let’s start over:

Fabian Almazan is a pianist who has written music and produced three records as a solo-performer. Each is proof that here is an artist bristling with talent; a musician, who was classically-trained, seduced by Jazz and worships at the altar of originality. He has also written and performed music in several other contexts. In many ways, everything he has done as a musician may have led up to this monumental venture. However, Alcanza is not born of an armchair philosophy. It is a peripatetic caravanserai that journeys from the dawn of music (which is where the voice of Camila Meza fits in), through the renaissance of music during the baroque era (evidenced here by the intricate Bach-like contrapuntal inventions between Fabian Almazan and the string quartet), ending in the modern era of polyrhythms played by Henry Cole and Linda Oh. It is hardly surprising then that Almazan should, in the act of playing such wonderfully original music, weave a living universe into cultural topography of his new inventions. In keeping with Almazan’s philosophy, however, the monastic chants or Bach’s inventions would be just symptoms of the eternal conundrum of temporariness. And yet, like Bach, Beethoven and Brahms, Monk, Bird and Coltrane, Almazan’s inventions too have permanence.

However, as in the case of the search for the Holy Grail, Fabian Almazan’s musical journey is interminable. This is cleverly suggested by the short, jabbing lines in “Vida Absurda y Bella”, for instance; and in the palpable, deeply-felt sighs that inform Camila Meza’s vocalastics everywhere she appears. “La Voz de un Piano” and “Marea Alta” are movements born of Saltzman’s artistically militant side. Born in the harsh political climate of 1960s Cuba, and raised in the fiery winds of New York Fabian Almazan would naturally be affected by the both worlds as all aspects of those two existences would certainly be seared into the memory. But the often whimsical and angular phrasing of Almazan’s music is played in deference to everyone from Palestrina and Back to Monk and beyond. Thus what finally defines this extraordinary musical tale is a Fabian Almazan sleight-of-hand to marvel at.