Home Music Michael Pedicin: As It Should Be 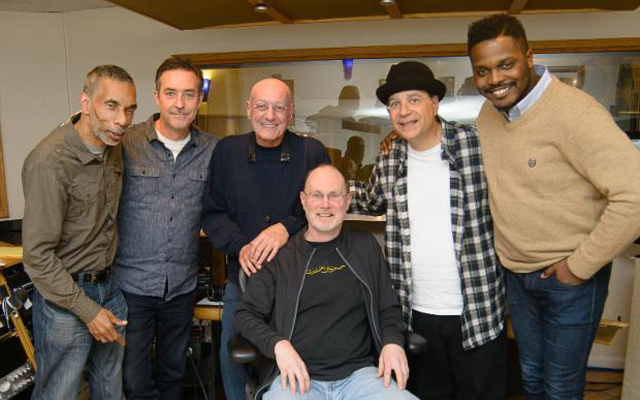 Almost any time a recorded performance passes this desk with the word “ballad” in its title, I am apt to listen to the music with impending dread for all-too-often the music descends into that ‘hell’ called ‘smooth jazz’. However, I would not hesitate to give As It Should Be: Ballads 2 Michael Pedicin a pass on any sort of condemnation. His album is tasteful, vivid of tone-colour and often reminiscent of the texture of raw silk. Moreover the term ‘less is more’ aptly describes the music throughout, thanks to the Pedicin’s worshipful treatment of silence as Michael Pedicin shines in all his radiant apparel, creating an unmatched nimbleness of sound.

This is no stripped-down performance, but quite like a full and wholesome recreation of the magical dialogue between a vocalist and pianist in the grand manner of Schumann Lied, Michael Pedicin being the ‘vocal’ performer here, ‘singing’ along with Frank Strauss – even with Johnnie Valentino. The ebullient arpeggios and brilliantly gilded glissandi played by Strauss embellish perfectly the melisma of Pedicin’s saxophone, which, in all its hushed spookiness, recalls the ghosts of Lester Young and Stan Getz as the brilliance of Pedicin shines forth. A radical performer in the romance of this music 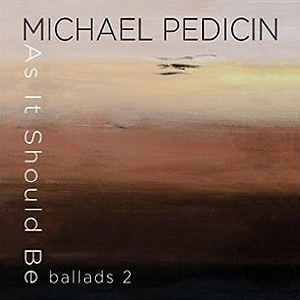 is the utterly beguiling pianism of Drexler, whose impulse to adorn simple melodies makes him an equal partner in this glorious musical expedition.

No matter how you listen to this interplay it’s unlikely that you will be anything but charmed by this encounter for it is one that is sure to bring great fame to familiar music all over again. It’s not difficult to see why. As It Should Be: Ballads 2 is, first and foremost, a collection of melodically exquisite songs, beautifully crafted, with a combination of ingenious writing and inspired improvisation on the part of saxophonist and his ensemble. The vitality and brilliance of each invention is radiant in the strongest and most appealing orchestral colours. The dynamic range and balance between the instruments is achieved by each artist never seeming to tread on the other’s turf. It’s almost as if soloing is done in a series of shy dance moves as saxophone moves into the spotlight while piano is in the shadows; then switching roles as if by magic so that the other instrumentalist is suddenly spotlighted.

The inspiration of course also comes from the memorable repertoire that seems to have be musical manna, fallen from the sky. The quiet and luscious warmth of Michael Pedicin’s playing is particularly exquisite in the flowing tempo of “Crescent” and “Facing The Night” as the saxophonist sends up phrase after phrase of delicate ritenutos which gently nudge Strauss and Valentino into a rarefied realm of his own. And everything is played as if in the muted rustle of springtime; no raunchy trills or ponderous left-handed bass lines; just silken glissandi and flawless and finely dovetailed playing from Michael Pedicin, Frank Strauss and Johnnie Valentino, as melodic and harmonic changes take place with the right kind of rhythmic attack thrown into the mix.

Three other outstanding examples of this invisible passing of the torch between musicians take place on Johnnie Valentino’s “Storyteller” and “Bellagio”, as well as Simon and Garfunkel’s “Bridge Over Troubled Water. Rhythm, indeed, is strongly marked throughout, emphasizing the unforgettable individuality not only of Michael Pedicin, Frank Strauss and Johnnie Valentino, but also of bassist Mike Boone, drummer Justin Faulkner and the celebrated Peruvian percussionist Alex Acuña. Best of all, the thematic gestures by Michael Pedicin together with his harmonic partners in each sorjourn are made of highly distinctive colours, the pure subtlety of which can only be experienced with breathless excitement on this classic studio recording that has been beautifully engineered by Vic Stevens.