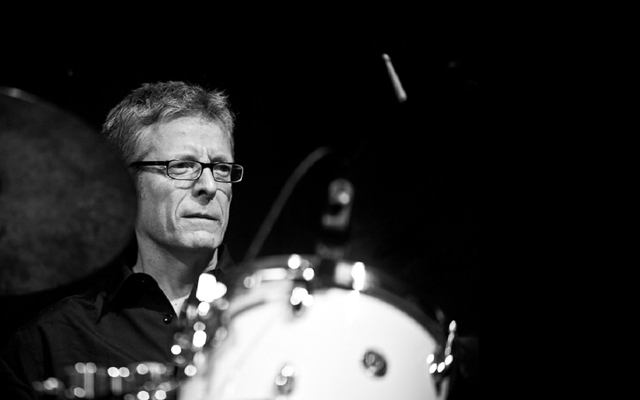 Guillermo McGill is one of the great drummers and can play in any idiom but he is relatively little-known outside of Spain, and Uruguay, from where he emigrated to the Iberian Peninsula. In Spain, however, McGill is a giant, favoured agent of rhythm – and melody – by the musicians of great repute such as Chano Dominguez, Jerry Gonzalez, Javier Colina and Perico Sambeat. Colina, who keeps McGill company in ‘the rhythm zone’ and Sambeat who is the lead melodic voice grace Es Hora de Caminar, McGill’s third album as leader. The album also boasts the presence of Juan Diego Mateos on guitar and Marco Mezquida on piano. Both musicians are younger stars in their own right. I would be remiss if I did not mention that this disc also includes performances by the wonderful cellist Barnabas Hangony, whose ethereal arco playing is utterly memorable.

Es Hora de Caminar is a relatively short album – not quite a quarter of an hour in length – but it is bejeweled with eight gleaming gems. Five of these are by Guillermo McGill and they are stunning compositions. The drummer shows himself, not for the first time, that he is a master of musical architecture, wearing such timeless (music and) dance forms as the “Milonga”, and the “Malagueña” as well as a slew of Colombian music and dance forms which cannily inform the song, “Colombiana”. And with these three songs, Guillermo McGill he has not only an otherworldly connection 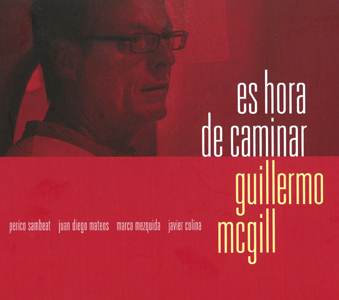 with Spanish and South American music and dance forms but that he is also part of the peripatetic musical continuum that also includes Ramón Montoya, the legendary Spanish Romani composer and guitarist, to whom the songs are reverently dedicated.

Guillermo McGill is deeply rooted in the Spanish “Flamenco” tradition but because of his South American upbringing and his deep affinity for Jazz his musicianship is driven a worldly-wise echo that that has enabled the drummer to create a very unique template of his own. McGill leans into his music, shoulders first, and seems to barely caress the cymbals. His touch on the skins is quite similar and this tends to give the impression that he plays with his brushes all the time. The “walking” rhythm on “Es Hora de Caminar” perfectly describes the title of the song and the delicacy of his touch. And then there is his control of time and pace, and here his version of Antonio Carlos Jobum’s glorious ballad, “Olha Maria” is a quite splendid example of Guillermo McGill’s gliding and uncommonly beautiful, raw-silk-like touch.

The drummer also makes Ornette Coleman’s “Lonely Woman” and Charlie Haden’s “First Song” his own and here too it is Guillermo McGill’s ability to appear to stop time as he dallies over notes for what seems like an eternity, yet keeping the listener riveted by the music. McGill’s soloing abilities are not showcased here perhaps because every element of virtuosity is dedicated to the tonal colour and texture of the music. Moreover, once Guillermo McGill sets a groove, no matter where Perico Sambeat, Juan Diego Mateos and Marco Mezquida take the melodies, McGill keeps things rock steady and is always there when the soloists return. And this is not only the hallmark of a formidable timekeeper, but a prodigious drummer as well.