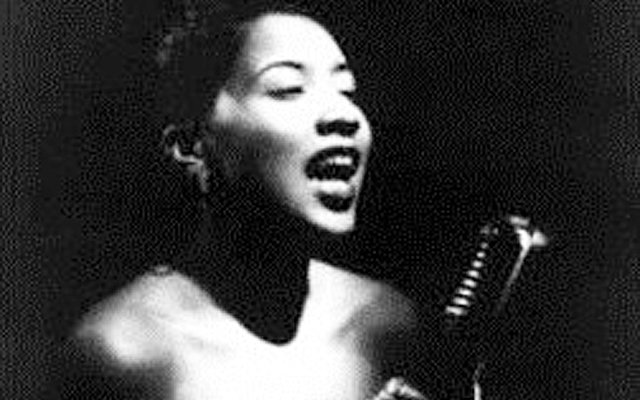 Etta Jones, often believed – incorrectly, of course – to be the so-called “life-partner” of Houston Person ploughed a lonely furrow as she melded the Blues with the liquid glissandos of vocal improvisation as she breathed her own fresh breath into the Jazz of Life. What’s that, one may ask? With dozens of recordings that she made with Bob Weinstock at Prestige and Joe Fields – with both his labels: Muse and HighNote she and Mr Person, a saxophonist’s whose broad tenor became an alter-ego for her vocalastics, just as Lester Young’s was for Billie Holiday’s. Miss Jones, was younger than Miss Holiday, of course and drew inspiration from her at first, but later put her indelible stamp on Jazz vocals with her sinuous contralto and her penchant for delivering the soulful and redemptive message of the Blues with tremendous and joyous power.

Despite her many recordings, Miss Jones was never given the recognition that she really deserved; never considered top tier. And yet with every recording she made she showed how wrong the critics and listening public really were. This gem A Soulful Sunday, which was recorded Live at The Left Bank ought to go a long way in changing that perception and pointing the true aficionado of The Music back in the direction of a singer who continually took chances, pushed the boundaries of Jazz vocals to break point while keeping its roots – The Blues – front and centre. 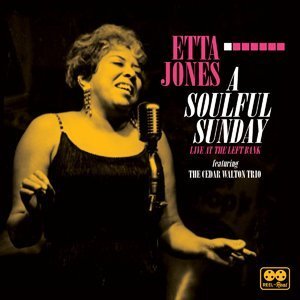 The album also draws attention to The Left Bank Jazz Society, a co-operative organisation in Chicago of which the Associate Producer of this repertoire – John Fowler – was a founding member.

It was Buddy Johnson who got Miss Jones started on her career, but for her first recordings it was Leonard Feather who brought her together with Barney Bigard and George Auld in the 1940’s. During the 1970’s when this recording was made, Miss Jones usually fronted bands in which Mr Person provided an instrumental foil for her vocal flights. So A Soulful Sunday provides a rare glimpse of her in a band with three other giants of Jazz including pianist Cedar Walton, bassist Sam Jones and the incomparable Billy Higgins. It is an extraordinary relationship where the pianist and vocalist participate in the storytelling as equal creators; Miss Jones receding from the limelight at just the right moment to let spotlight shine on the virtuoso Mr Walton, who brings the magic of his pianism to bear on the proceedings each time he launches on a solo flight. Few pianists of his generation – and later – have been able to capture the nuanced emotion of the Blues and swing with the effervescence of Jazz like Cedar Walton.

Miss Jones is in inimitable form throughout. She navigates the stormy relationships in her bluesy stories with terrific bravura and agility. Her androgynous voice – voluptuous in its upper reaches, reedy as a countertenor in its lower register – is perfect for the breeches roles of a woman who is at all times equal to her man in giving and getting the love she deserves and gets. Her diction is superb and accenting – often reminiscent of her idol, Billie Holiday, yet more rapturous and less forlorn than Miss Holiday’s at all times. Her projection thus matches the vivacity of the storylines, creating a timbre that is suitably romantic and forthright. Her ability to create contrasting lines during a narrative means that she brings greater theatre to anything that she has to deal with, which when coupled with the fact that she lets the songs speak to her very intimately, also brings subtle nuance and colour to this repertoire.

Put all of this alongside arresting bass and drum lines and improvisations from two great rhythmists like Sam Jones and Billy Higgins and you have the chattering of the insanely happy and the moaning of the wounded characters mirrored in some of the most mighty rhythmic deeds on record behind the voice of a great artist – Etta Jones.

It bears mention that this is the second issue on the brand new label Reel to Real Recordings, created by super sleuth and today’s most famous dyed-in-the-wool Jazz fan and aficionado Zev Feldman and his less famous (only in America, but not in Canada) doppelgänger Cory Weeds. This bodes well for the future of Jazz archeology where more of the great recordings of the past will hopefully surface again to refurbish the growing library of America’s greatest musical gift to the world – Jazz.