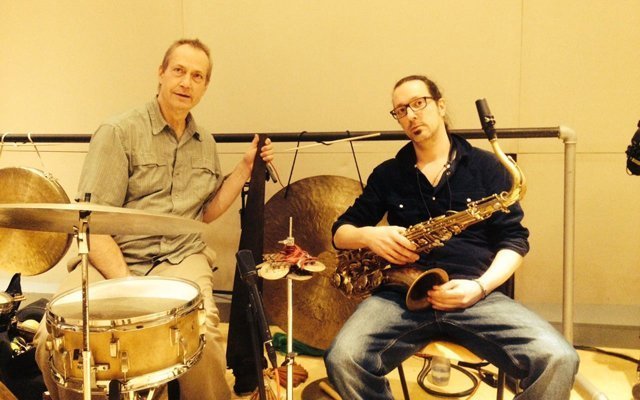 A quick glance at the all-organic package of this disc by Christoph Erb and Michael Vatcher, and a perusal of the track list on its back flap will tell you immediately that this music must be about primary colours in nature. However, nothing can prepare you for the music that you will listen to even if you are familiar with the work of both musicians. Granted they are on the leading edge of contemporary music and the sound is very much in the vanguard of what’s being played and experimented with in Europe and the United States. 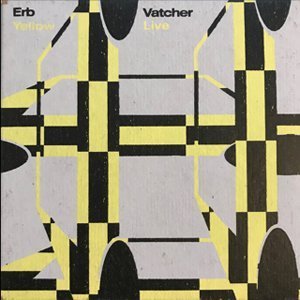 So what’s so unexpected? To begin with the biggest surprise is how much songfulness there is between the two musicians. Mr Erb’s tone is predominantly dry and without vibrato but he somehow is able make notes sing albeit how sparingly used they are in the phrases and lines. There is even a kind of sudden increase in the voluptuousness of some notes and his phrasing – particularly “Carotin” and “Zeaxanthin” – which may be deliberate. One’s guess is, however, that this is instinctual and intuitive as My Erb (and Mr Vatcher, of course) is improvising on pigments deemed “red” which equates to “hot” colours. The improvisations on “Xanthophyll” and “Lutein” (yellow a green pigments, respectively), naturally give rise to a notable “cooling” in the poetics of the music that you hear throughout this repertoire.

One might attribute an element of cleverness to this interpretation. However, the musicianship of both Mr Erb and Mr Vatcher precludes that it is more a question of the artistic vision for this music that does the dictation. Another compelling aspect of this music is the fact that the interaction of the players is highly empathetic. Mr Vatcher for his part uses the complete array of his drum set, exploring an enormous-sized tonal palette in the process. His rhythmic ingenuity suggests a vigourous kinetic energy that matches Mr Erb’s viscerally energetic exhalation of lungfuls of air, so palpable on tenor saxophone.

And finally – this, especially to those of us who have experienced the special thrill at the vivid activity of hydrocarbons in the molecular dance of nature, will also marvel at the non-linear forward movement of this music which at times is gymnastically elliptical, creating – in the mind’s mind the experience of (this) music’s tantalizing, maze-like graphology.