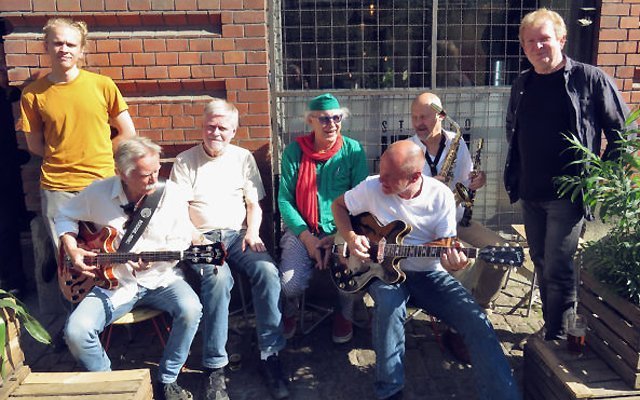 Bengt Berger is one of the most original new musical voices and this was recognised in Sweden long before his seminal recording Bitter Funeral Beer featuring Don Cherry was released by ECM Records in January 1981. A drummer who has long shown his brilliance for composition – and that too, one who conceives of music on a very large orchestral soundscape – Mr Berger has also a deep and existential understanding of African polyrhythms. He has also, through extended study of Indian music – both North Indian Hindustani and South Indian Carnatic music – been completely subsumed by both idiomatic styles enabling him to navigate each with incredible mastery and is often never very far from the music when he is writing and performing. 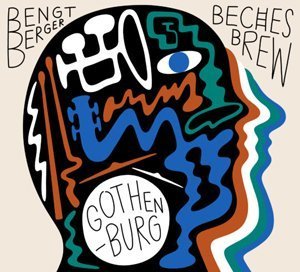 Recent releases from Country & Eastern, the Swedish label that Mr Berger founded, has featured much of his live (and often field) recordings notably by his large ensemble Beches Indian Brew. While the musician’s dialectical relationship with the music of the subcontinent continues to haunt and fascinate Mr Berger Gothenberg, this late-2018 recording, by the group’s more compact precursor, Beches Brew features brand new repertoire that is all composed and improvised in Jazz modes. The ensemble explores the relationship between woodwinds – especially those in the high registers of soprano and sopranino saxophones (with the bass clarinet thrown in for contrast in the opening two charts. These are two of the most fascinating ones, as it turns out. “LineSeniL” is a composition that works like a musical black hole that proceeds in one direction, building itself up layer upon layer only to implode by reversing itself in a tantalising melodic and harmonic manner; hence the palindrome title.

“Mingus”, which follows opens with a glorious bass-line which is unraveled by contrabassist Viktor Reuter with a stabbing pizzicato figure before proceeding to morph into a harmonic line that closely shadows A Charles Mingus line of thought, which is explicated by screaming horns that evoke music that was played by Mr Mingus’ great 1960’s ensemble which featured trumpeter Johnny Coles and Eric Dolphy, and toured Europe just before the bass clarinetist, flutist and alto saxophonist’s death. Most appropriately the chart is followed by a melancholic “I’m Sitting in the Rain” which is played in appropriately funerary tempi, the bass clarinet of Sir Thomas Jäderlund bellowing mournfully just below the skin of the melody. The sombre mood perks up immediately thereafter with “Hanuman Jump” seemingly springing from the darkness.

All of the repertoire on Gothenberg draws inspiration from the ethereal, upper-register-generated interplay of winds and guitar. Both Thomas Gustafsson and Sir Thomas Jäderlund (together with Staffan Svensson on trumpet on two charts) and Göran Klinghagen on guitar and Stefan Bellnäs on beyzz, which by the looks and sound of it is an electric bass guitar. Meanwhile, Mr Berger is as eloquent as ever on drums as he provides the propulsive energy for the music playing, as always, with a relaxed ease that allows his musicians to shine in solo and ensemble, at all times completely attuned to the leader’s vision and artistry as they embrace all of this music with enthusiasm and ingenuity, and surprises, when they come, are effective and discreet.

It bears mention that Gothenberg – with all but two tracks from the studio version of the album – has been released albeit in the digital format, performed by the quintet (minus contrabass and trumpet). The performance is electrifying; the horns soar, the bass and drums provide a broodingly percussive tumbling groove in “Penye Gahu” and ripple ebulliently as a hint of African “hi-life” rhythms collide with Göran Klinghagen’s rock-style guitar harmonics on “Fela 10”. It’s a whole new and constantly interesting programme on its own. But then you would expect nothing less from Beches Brew and Bengt Berger.