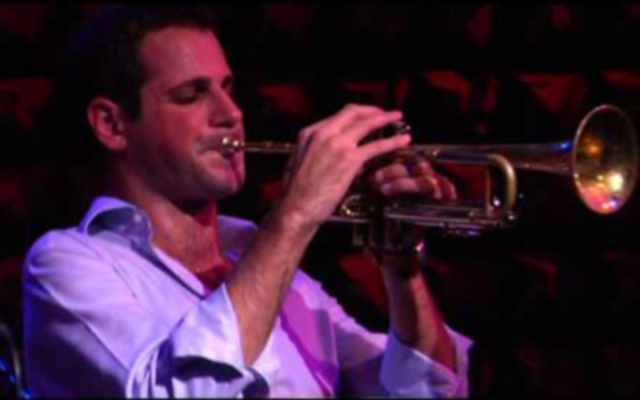 Dominick Farinacci will never have to sing a note – not with the use of his vocal chords, anyway. His trumpet does all the singing. And with that instrument so ubiquitous in Jazz, Farinacci plays his trumpet the old-fashioned way; he makes it speak and sing as it evokes the idiosyncrasies of the human voice singing of deeply-felt human emotions in a manner in which only a great vocalist can. So on Short Stories, more than anywhere else you will hear the trumpet not only indulging in narratives of many kinds, but also of bringing the storylines to life. Songs are not only peopled with characters as numerous as the plots and subtexts themselves, but each has a singular power of speech; of song, actually. Listen to the high and mighty exhortation of the muezzin calling the faithful to prayer in “Doha Blues”, or one of Horace Silver’s unscrupulously dandy, “Señor Blues”, or that ghostly blast from the past who remains nameless even after Jacob Collier creates his mysterious, almost ephemeral musical hologram in “Somebody That I Used To Know”. 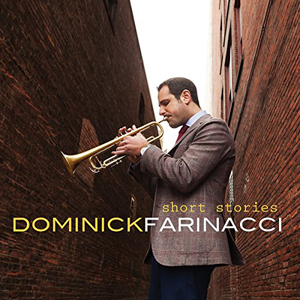 Dominick Farinacci’s take on the lineage of the cool, spacey trumpet is utterly unconventional throughout, seeing him summoning woodwind-like tones from the instrument – especially on the two charts re-created by Jacob Collier – which float benignly over the sound of Collier’s one-man-myriad-ensemble that in its turn adds a rich and not entirely predictable harmonic foundation to the music. The surprises, when they come, are effective but discreet; a gamelan-like riff is played as pizzicato harmonics, a delicate curlicue of a bassline underpins what sounds like a Cape Verdean lament and a close-knit ensemble passage (“Somebody That I Used To Know”) develops from a single phrase. It’s like listening to Dominick Farinacci making musical connections; like an elegant railway system linking Jazz, folk, tango, Middle Eastern music and the chamber music style of the post-serialist 20th-century conservatoire. But to describe it as such gives it the impression of overcooking when in fact the whole of Short Stories is a masterpiece of subtlety.

Typical of something Tommy LiPuma would produce this remarkable project has Dominick Farinacci at its centre. Farinacci has developed something of a reputation of edge-of-the-seat virtuoso risk-taking. His playing is eloquent indeed; his voicing is expertly balanced in “Bamboleo” as it is in “Black Coffee” and Larry Goldings’ “Parlour Song”. Where phrasing sings wonderfully as it does in the scintillating fingerwork of “Sunshine Of Your Love”. Apart from the lively contemporariness of Jacob Collier’s presence on two charts, there are also the erudite performances of Christian McBride, Dean Parks, Larry Goldings, Gil Goldstein and Jamey Haddad. The electricity between the musicians is palpable and this makes for music that is particularly moving as, on the whole these are performances that get under your skin.