Home Music “The Doctor” Curtis Robinson: Dancing in the Street – A Tribute to... 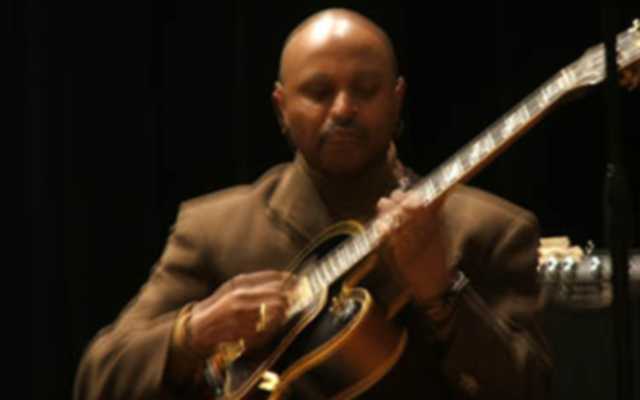 While the contribution of Motown to contemporary music is impossible to ignore it is also a fact that for anyone to pay homage to what the artists gathered together into what might easily be the most successful Black Music enterprise might take more than a single album. Who do you include and who can conceivably be left out? That would be an uncomfortable conundrum for anyone looking to pay tribute to Motown. Perhaps therefore, in the light of such a monumental task Curtis Robinson might have considered scaling down the subtitle of his album Dancing in the Street. A simple removal of the definite article “the” would have sufficed. Failing which one might have expected to see The Four Tops and The Supremes also nestle cheek-by-jowl with Stevie Wonder, Michael Jackson et al. 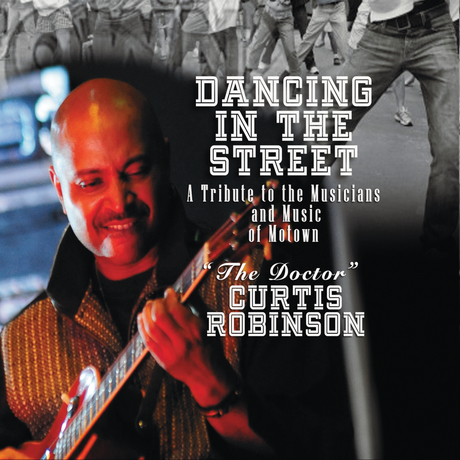 Despite these missing pieces Dancing Street is an extraordinarily beautiful album largely because “The Doctor” Curtis Robinson is an extremely talented and elegant guitarist and a musician of exceedingly good taste. Recorded in glowing sound that feels astonishingly lifelike, this performance is something of a triumph for the guitarist Curtis Robinson. The repertoire comprises heart-warming balladry. Still music of the harmonic demands is finger-cripplingly difficult and it can sound unseductive in the wrong hands. However, by indulging the more lyrical passages with lashings of golden tone, Robinson makes them sound like near masterpieces. Michael Jackson’s “Billie Jean” might be somewhat of an exception, being slightly faster paced than some of the other material. But here too Curtis Robinson is impeccable in his pacing of the melody and every not in his brief solo – just as on other charts – is carefully considered even as those very notes glide one into the other as if the whole line was conceived as a whole.

As if to make amends for not including more of Berry Gordy’s erstwhile Tamala Motown artists on this disc, Curtis Robinson has written a good old-fashioned tribute to two guitarists who seem to have shaped the sound of his playing: Wes Montgomery and Pat Martino. His performance on this dedicatory track smoulders throughout its 4 minutes and 30 seconds. He even finds time for some sort of sleight-of-hand when the notes start flying in the end section. In an ideal world this song – “For Wes & Pat” – would have been played as Montgomery did, with thumb and finger(s); yet so natural are Curtis Robinson’s responses that this feels like making too fine a point; almost carping in this context.

The music throughout sounds resplendent., not the least because of pianist Michael Logan, drummer Leon Joyce and bassists Chuck Webb and Larry Grey. Even Marvin Gaye’s classic “What’s Going On” sounds freshly minted, so achingly supple is Curtis Robinson’s phrasing. Saving the best for last is the medley “Sir Duke” where Robinson’s soli simmer seductively in a twilight world ravishingly free of bar-lines and pyrotechnical display.

Track List: Dancing in the Street; Sir Duke/I Wish; Who’s Lovin’ You; When Love Slips Away; What’s Going On; Don’t You Worry ’bout a Thing; All This Love; Billie Jean; Love Will Find a Way; Wes & Pat.