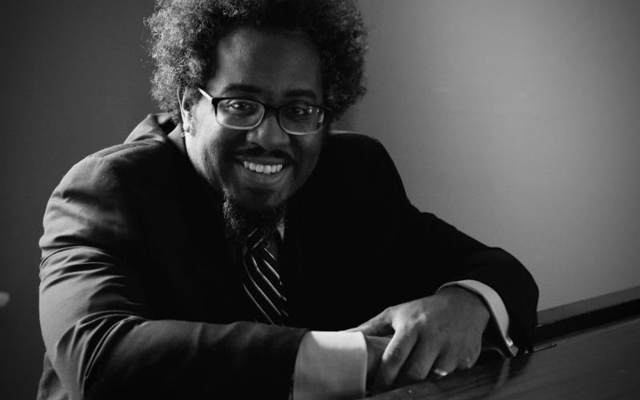 This Enoch Smith Jr. offering of “Jazz Vespers” is to be regarded – and admired – as one of the great anomalies of music ministry in any Western church. The term “vespers” comes from the Greek ἑσπέρα (“hespera”) and the Latin vesper, meaning “evening”. In the Anglican tradition it refers to evening prayer or evensong. The term is also used in some Protestant denominations (such as the Presbyterian Church and Seventh-day Adventists) to describe evening services. However, use it in conjunction with (not just the word, but the music of) “Jazz” might send the witch-hunting spiritualist hurtling towards the word “apostasy”. But save your breath, says Enoch Smith Jr. as do many other ministers and directors of music in AME Churches, including Rev, Dr. Martin Luther King. In fact it was Dr. King who said “God has wrought many things out of oppression. He has endowed his creatures with the capacity to create—and from this capacity has flowed the sweet songs of sorrow and joy that have allowed man to cope with his environment and many different situations. Jazz speaks for life. The Blues tell the story of life’s difficulties, and if you think for a moment, you will realize that they take the hardest realities of life and put them into music, only to come out with some new hope or sense of triumph.” 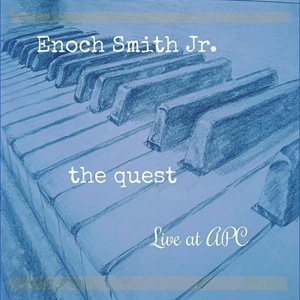 In fact it might have been Abbey Lincoln who best described the conundrum best in her iconic song “The Call It Jazz” (It’s Me, Verve, 2003). From her first verse: “They call it jazz, a soulful sound/A melody the spirit found/Within the heart, the human breast…” a discovery that turns upon itself in the 3rd verse which goes like this: “They call it jazz and call it cool/And some folks say the devil’s tool/The music that the devil got/And call it sweet and call it hot…” More poignantly Duke Ellington certainly got it right on “Come Sunday”, the crowning glory of his A Concert of Sacred Music (RCA, 1965), which is now part of the United Methodist Hymnal. That, however, was predated by the most famous Ellington acolyte of all: Charles Mingus who crafted his Holy Rollin’ “Wednesday Evening Prayer Meeting” (Blues and Roots Atlantic, 1960). Somewhere in between – featuring what might, at first blush, be regarded as the words of sacred scripture locked in an interminable dance with rhythms of the ecstatically profane. His remarkable adaptation of Psalm 23 – especially in his sung introduction – on “With Me” is remarkably beautiful. But it is the euphoria of the 1860 poem by Anna Bartlett Warner, set to hymnic music by William Batchelder Bradbury “Jesus Loves Me” in both its instrumental and vocal incarnations that are particularly striking.

Mimi Jones’ electrifying solo on the instrumental version of the hymn makes the pulse race. The voices of Sarah Elizabeth Charles and Emily Braden are not only full of heady energy, but also raise the temperature of ecstasy; the former especially on “Open Your Eyes You Can Fly” and the latter on “Home”. Each song gains enormously from the swirling vocals of both ladies as if from a pair of angels. The palpable vigor of each vocalist could not be more different, though; Ms Charles is evangelical and slightly more dramatic, while Ms Braden is slightly more lyrical. Singing to these strengths each singer brings the gift of gorgeous tonal colour to the songs mentioned as well as to the others on which they have been featured. The absolutely soul-stirring moments come in Enoch Smith Jr.’s sung introduction to Psalm 23 where ecstatic praise and worship collide in all the psalmist’s glory. There are no surprises here, nor should there be, as Enoch Smith Jr. The pianist received his ‘baptism by fire’, so to speak, at 3 years, in the Children’s Choir of the Church of God by Faith, a Pentecostal church in Rochester New York.

As we expect from a musician with God-given pianism, everything sounds natural and inevitable. Ego doesn’t come into it: rather, he acts as a conduit between God and the Congregation with an unaffected purity that few can emulate. Intellectualism is replaced by deeply-felt emotion and humanity in his playing, for instance. His ability to apply precisely the right kind of ornamentation in his solos could fill a review of its own, for he’s happy to take risks, yet they never sound like risks, so firmly are they sewn into the musical cloth throughout the musical doxology on this disc. The rampant rhythms of the Black church come to life and are rendered with such poetry. Enoch Smith Jr.’s ornamentation is generous, yet never overbearing, and yet are full of sinew and determination, but both having a real sense of joy. There is also a sense that in moments of musical repose the pianist pauses just long enough between ideas and improvisational torrents to let this music breathe. It’s as if he merely pauses to exhale before returning to his beautifully immediate music.

Track List: Searching for God; Open Your Eyes You Can Fly; With Me (Intro); With Me; Creator; Home; Jesus Loves Me; The Quest; Love Lude; Wheels Up; Jesus Loves Me (Alternate Take).