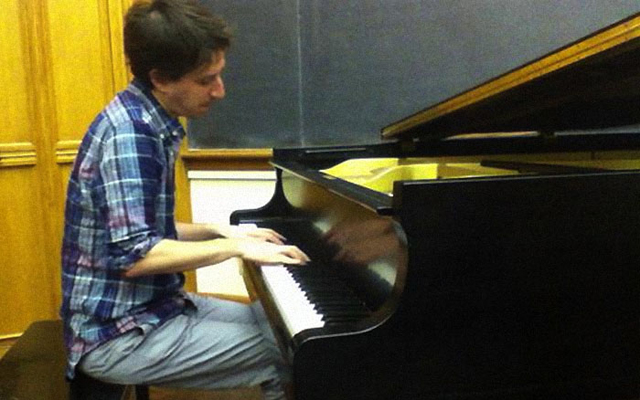 After the pianist Craig Hartley released Books on Tape Vol. I (2011/2012) he has now advanced the cycle with Books on Tape Vol. II Standard Edition, which refers to the fact that the latter is made up of pieces that have become standard repertoire today, thanks, in part to the Beatles and Herbie Hancock’s forays into creating new chapters in the American Songbook. Interestingly Hartley has added, rather prominently at that, a rather well-judged, capriciously playful approximation of Bach’s “Prelude No.2 in C minor” and the perpetuum mobile pellucid, which makes up the first movement of a chart entitled “Sinclair” – the second movement being an adaptation of Miles Davis’ “Solar”. The inclusion of Bach draws a long line from the 17th-century to today. I might even hazard a guess that a Vol. III might even go further back to Palestrina, and why not? Craig Hartley does have the streak of a maverick in him after all. 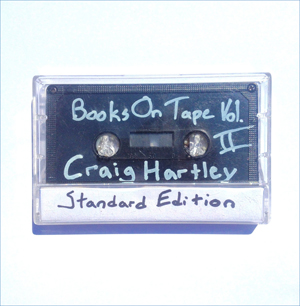 Craig Hartley is clearly his own man. His piano style makes no bones about this aspect of his musical charisma. As he uses very little pedal, his characteristic sound is clean and dry, and when he gives us histrionics, they are completely his own; there’s nothing vain or pretentiously ‘original’ in these interpretations. “Caravan”, for instance is elegant, forceful , and seemingly weightless, while “Jitterbug Waltz” starts with a plainness, which only gradually achieves eloquence. And “Sinclair” (which interesting complexity is mentioned earlier) has an improvisatory freshness. In Hartley’s hands “Mood Indigo” becomes companionable; even somewhat soothing and “Junk” remains puckish. Then there is John Lennon’s “Imagine” is mashed into Bill Evans’ “Peace Pipe” and while there is a certain synergy between the intent of each of the songs the combination makes for a muscularity that is new. The mood changes in “Just Wait” are full-blooded.

Overall Vol. II Standard Edition is quite magnificent. You will seldom hear such gracefully persuasive accounts of these standards, whose elusive quality Craig Hartley catches to perfection. This is edge-of-the-seat stuff from start to finish, perfectly judged and played with flawless accuracy as well as innovative freshness. Each piece is a study in the precise application of tone and textures to melody and harmony by Hartley together with bassist Carlo De Rosa and drummer Jeremy “Bean” Clemons. Every effect is finely calculated from passionate plangency to a lift-off into space powered by immaculate trills and gossamer figurations.