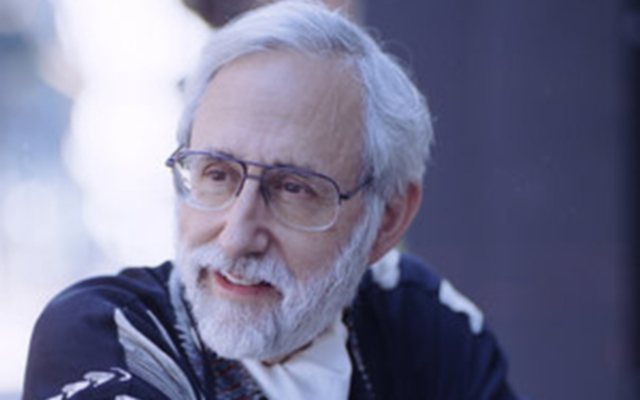 Denny Zeitlin is not simply a very good pianist. He is a great one and his mastery of this grand, demanding and many-splendoured instrument – a result of his ability to penetrate its deepest secrets – also makes him one of the most highly accomplished musicians writing for and performing on the instrument today. This isn’t something we know now, with the release of Wishing on the Moon, that is. Mr Zeitlin put his own personal stamp on the piano a long time ago – when he recorded his iconic music for Columbia Records in 1964, beginning with The Cathexis Sessions. However, since then he has matured, like rare wine, into a visionary expressionist in a seemingly parallel universe quite separate, so to speak, from the one he inhabits during his daytime pursuit as a professor and practitioner of clinical psychiatry. 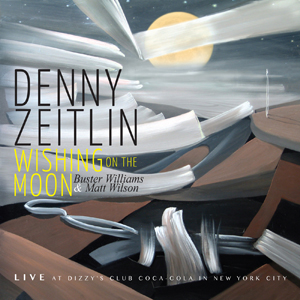 This recording comes not long after Mr Zeitlin released Expedition, his electro-acoustic sojourn with the drummer and percussionist, George Marsh and features Mr Zeitlin’s “regular” trio partners, Buster Williams on bass and Matt Wilson on drums. Wishing on the Moon is a record of music celebrated for the intelligence of Mr Zeitlin’s playing and his profound musicality. It consists of, as is customary with the pianist’s recordings, several iconic standards as well as original works with his signature blend of grace and integrity and all of the music gives one a sense of participating in the mighty liberation of Jazz. It is music – especially in the case of Mr Zeitlin’s extended piece “Slickrock” – the ideal version of how a concert grand piano should sound when it is embraced by the hands of someone special.

Throughout this magnificent record (superbly engineered at Dizzy’s Club Coca Cola, at Jazz At Lincoln Center) one is continuously impressed at how Mr Zeitlin is alive to the complex pleasures of contemporary music. And in his hyper-awareness of this, the pianist is able to animate the colours and textures in the music by manipulating the timbre of the instrument with the precision of a surgeon and the magic of a painter. And how blessed he is to have two of the most magical players on their instruments who also express the music in the best tradition of their individuality. With both Mr Williams and Mr Wilson there is great generosity in their playing, characterised, in turn, by an incredible, timeless style which means that is doesn’t belong to any fashion or school.

Dance rhythms, elegant story-telling melodies and sophisticated harmonies as well as bright colours, silken textures; everything one associates with great musical performances are vividly expressed throughout the recording. Plus, there is a sense that Mr Zeitlin is gradually scaling another pinnacle in his long and illustrious career as a music as his crafts music in a singular language that everyone can understand and enjoy. Best of all, this set is further proof that listening to Denny Zeitlin is a privilege; a lofty one to boot and one which can help one understand what makes humanity so valuable, so special; what makes us all so different from other creatures on earth.

The Rarefied Realm of Hal Galper

Sons of Kemet: Black to the Future