David Gilmore’s music is not so much a form as it is a texture, and if you assemble 9 pieces into an album entitled Energies of Changethere’s a good chance that you will be not me surprised by the intensity of the recital. Once again David Gilmore proves his reputation as a provocative yet immensely thoughtful programme-builder. Mr Gilmore is a guitarist who can elucidate rigorous musical structures to rhythm and spacing, not to mention multi-hued sonority. 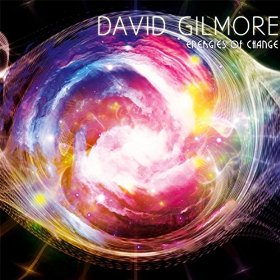 These qualities reveal themselves in how freely yet naturally and logically the breathless composition Energies of Change unfolds along with the profound and more leisurely spun-out yet well-sustained and almost balletic Sacred Pause is. The sacred nature of his soulful voice seems to dominate much of the album and songs such as Awakening and Revelations, not that there is any overt Biblical reference but you sense that the music cones form a deep source, a wellspring of ethereal spirit that exists in his consciousness. This is more the case with Revelations than anything else on the disc, and this track unfolds almost as the quintessence of David Gilmore’s music. Played on a softer acoustic guitar, albeit one played with a pick instead of being stroked with fingers and thumb, it is intelligently parsed with long, singing lines. Each note has a different colour and the song radiates inner strength and ravishing nuance.

Overall, throughout the repertoire, though David Gilmore employs subtle tempo fluctuations and strategic accents that help give shape to the music’s harmonic richness. Here he is amply assisted by the other musicians which stellar cast includes Marcus Strickland, Luis Perdomo, the ever brilliant Ben Williams Antonio Sanchez and the remarkable Kofo Wanda. Every solo by these musicians and the ensemble playing also follows the brilliance of the guitarist with aplomb. In addition, David Gilmore’s melodic pointing and vocally oriented phrasing are quite breathtaking and prevent the music from sounding the least bit mechanical and ‘notey’, an achievement easier said than done on any kind of guitar. The warm and realistically defined engineering does full justice to David Gilmore’s seasoned mastery of his instrument.