Any recording by Dave Young is always likely to ensure a fine performance by one of the great Canadian masters of the contrabass. But on Lotus Blossom, a disc that seems (although it isn’t really) all too short, Mr Young turns in a spellbinding recital. There are just seven songs in the repertoire performed here, but each is the played with complete naturalness, for there is nothing contrived or attention-seeking about this approach to such well-known repertoire. On the contrary, Mr Young’s playing is superbly measured, though he delivers plenty of virtuosity as the programme unfolds. 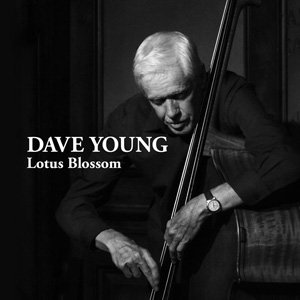 Mr Young shows himself to be at the top of his game from the get go as he plays Billy Strayhorn’s characteristically beautiful “Lotus Blossom” in waltz-time. The music here flows without even the slightest hint of indulgence and Renee Rosnes brings a sparkling presence to the beautiful melody unearthing Mr Strayhorn’s bittersweet emotional backdrop to the piece with inimitable passion and grace. Among the embarrassment of riches on this disc is the presence of guitarist Reg Schwager who brings joins Mr Young on Charlie Parker’s “Red Cross” which is given a thoroughly muscular workout, thanks in no small part to Mr Schwager who rips through the piece with virtuosic gusto. The guitarist he also does likewise with “Fried Bananas” and with “Modinha”, a tune where he shares the limelight with Miss Rosnes.

In song after song during this repertoire Mr Young dazzles his way onward bringing to the music a mixture of sinuous playing and limpidity of tone and a gentle, nonchalant expression that you could imagine his playing to be effortless, despite the fiendish nature of the music’s demands – for instance Charlie Parker’s bebop masterpiece and Cedar Walton’s “Bolivia”. Besides the technical excellence, it is the atmospheres he creates that set this disc apart bringing a touch of real class to music that deserves, yet often fails to receive, such loving and masterful attention. Mr Young’s cause is greatly enhanced by the presence of Terry Clarke, a drummer who is enshrined in music as one of the finest musicians of any generation and who puts on one of the most masterful displays of his craft: percussion colouring or painting with sticks and (especially) with brushes.

The disc also includes electrifying performances by another extraordinary musician, pianist Bernie Senensky, who tackles the rhythmically charged material of “Bolivia” with almost insolent virtuosity, propelling the piece ever onward with tremendous energy and pulsating drive, while he helps turn “I Thought About You” into something almost rapt and mystical. The disc closes with Mr Young’s finely-etched version of “Softly As In a Morning Sunrise”, which he shares with quietly spectacular performances by Kevin Turcotte and Perry White. Meanwhile throughout the disc the spotlight shines softly on Mr Young, who demands the listeners’ attention with his exemplary playing on a storied instrument which he handles with erudition and gravitas as well as with spritely musical joie de vivre.