The Newvelle 2019 series launches with Gilad Hekselman ZuperOctave Eyes of the World. This will be a live series recorded at the Pflegidach monastery-turned festival hall in Muri, Switzerland. It is part of what will be the Musig im Pflegidach and is to be produced and curated by Stephan Diethelm, a music producer and recorded with the same fastidious attention to detail as everything Newvelle, has, hitherto been by the team of Executive Elhan Mehler and Jean-Christophe Morisseau together with recording engineers Simon Huber, Guillaume Friz and Christian Kaufmann, with mixing engineer Marc Urseli and mastering engineer Alex DeTurk.

Apart from the masterful music that has always been performed by a hand-picked roster of artists who deliver music at the top of their proverbial game, painstakingly captured in the warmth of a perfect acoustic, this “Muri” series offers a clear musical value-add: more music because it’s all captured live and in the moment. The fact that the performances are live also affords time for the musicians to stretch, play longer soli and because the engineering is so meticulously managed the sound quality on each vinyl promises to be miraculously as good as being right there in the audience. This is certainly the case with Gilad Hekselman, Aaron Parks and Kendrick Scott’s work on Eyes of the World. 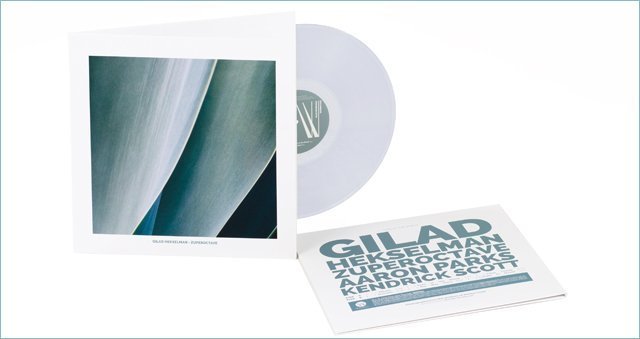 One could wax eloquent about Newvelle productions ad infinitum, however, engineering apart, from this exquisite repertoire it is clear that we are in the presence of an intimate masterclass in improvisation by world-class players in front of a small rapt audience. The partnership and place is perfect. Mr Hekselman’s mellow, luminous guitar lines swinging in tandem with Mr Parks’ poetic harmonics produced on a small assortment of keyboards that produce chordal accompaniment when necessary and elegant curlicues of bass-lines when called for.

All of this is brilliantly sculpted in time by the masterful and vivid drumming of Kendrick Scott who adds appropriate percussive colouring to everything from the rapid-fire “VBlues” to the languid beauty of “Eyes of the World”; and from the delightful whimsy of “Tokyo Cookie” to the stuttering “Stumble” the wistful “The Way There”. Throughout, there are delicious digressions and improvised twists and turns to melodies – both familiar and rarely heard. But there is never a dead spot nor a blind alley to be found anywhere. And Mr Hekselman is perfect whether tiptoeing through the haunting ballad “Eyes of the World” or making a detailed, deep blue study of “Lullaby to Myself” the interplay between the trio is simply sublime.