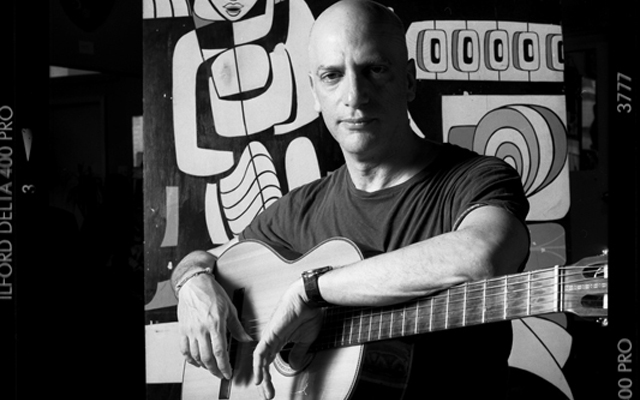 This album entitled The Eighth Hour of Amduat conceived in the peripatetic intellect of the musician Dave Soldier is based on the Amduat, literally “That Which Is In the Afterworld”, or “Text of the Hidden Chamber Which is in the Underworld” and also “Book of What is in the Underworld” is an important Ancient Egyptian funerary text of the New Kingdom. When the text was written (circa 1426 BCE) – or more properly, its hieroglyphics were etched inside the tomb of Thutmose III in the Valley of the Kings, where it was discovered – it was meant to be chanted or sung. This, and the fact of its vintage, has made it the oldest known musical score. Of course, the fact that there were older kingdoms (the Nubia, which stretched between Sudan and Upper Egypt) in existence, it’s not really a stretch to presume that other, older scores (written or merely learned to be chanted and sung), yet to be unearthed, would surely exist.

The Dave Soldier version of the Amduat is based on David Warburton’s English translation of the hieroglyphics (first rendered into Italian by) by Egyptologist Rita Lucarelli (via the Swiss Egyptologist, Erik Hornung) and an article Sounds of the Netherworld by Coleen Manassa; (also an Egyptologist). Remarkably, Mr Soldier has been inspired to turn the Amduat – specifically the eighth hour of it – into an opera, complete with arias. None of these are meant to be arias in the classical sense. So much so that Mr Soldier has produced a monumental work, operatic in every sense: swirling in supernatural myth – Wagnerian Bühnenfestspiel) actually – in which is placed arias soaring in the drama of opera seria. 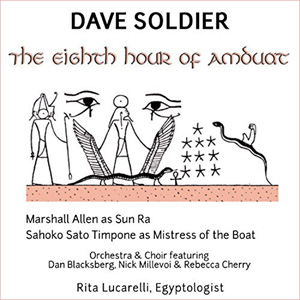 Its cast includes Marshall Allen, who sings the god, Ra (even as he plays his saxophones and EVI), and the mezzosoprano Sahoko Sato Timpone who sings the Mistress of the Boat. Both stars are supported by a large ensemble and a wonderful accompanying choir as well.

Remember this is but one hour of the twelve that occur during the night, when the Pharaoh rises from his sarcophagus and journeys each night from the netherworld towards the sun (and therefore Ra), there to both to redeem himself and plead his case for glorious immortality. Like the events of the much earlier Akkadian poem, the Epic of Gilgamesh, the journey is fraught with nightmare and strife. Appropriately the sheer scale of this opera by Dave Soldier is immense. Its musical structure is more rich than its text and includes some of the most powerful episodes – moments of extreme intensity in an epic – that are highly charged from the start to the finish of the arias. In terms of casting it is hard to imagine better: Both Mr Allen and Miss Sato Timpone are in peak form, on “Ra Dances With Rams” and “Mistress Prayer” respectively, where they are heard in great voice. The other musicians and singers are deeply responsive as well-rounded characters and thus as performers too.

Few recordings – especially in the difficult style of opera (after Wagner) are more viscerally exciting with such an outstanding cast and vital sound. But this recording captures the enormous impact of Amduat in wonderfully theatrical form.