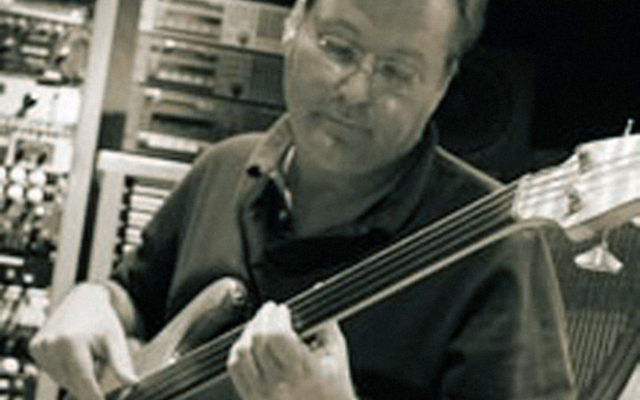 After years of playing and producing music for musicians such as vibraphonist Tom Collier, the virtuoso bassist – and it turns out one with rather operatic intentions – and master of the art of whistling as well Dan Dean steps out and into his own studio to record quite magical versions of chorales, arias and concertos without nothing but his velvet tenor, his trusted bass and the art of whistling – all on the disc entitled Songs without Words. 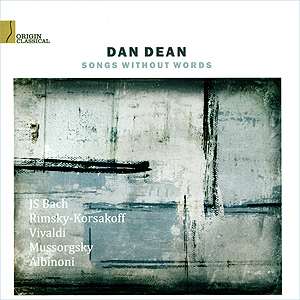 Expectations are understandably high at the prospect of a formidable musician Dan Dean, graduating into the sphere (particularly) of a J.S. Bach and Vivaldi neophyte, cutting his teeth on the classics, so to speak. Both the Air and the cantata at the end of the disc represent a great instrumental and a choral work each and they bookend (well, almost) a work by Rimsky-Korsakoff that music be performed at a diabolically-fast tempo, with ponderous gravity as the Mussorgsky, a memorable work by Albinoni and a breathtakingly complex one by Vivaldi.

These intimate pieces allow Mr. Dean to exhibit his distinguished credentials in music both embracing classical, particularly baroque style and a single-voice chorale – none of which can be accomplished easily by any stretch of the imagination. But he really does live up to his musical gifts on both counts with clear, soft textures redolent of 17th century baroque rhetoric. At his best, such the range of puckish to sober in the contrapuntal bass-line-melody-oriented versions of the “Air on a G String from Suite No. 3 in D Major”, the layered voices and single bass instrument constitutes a remarkably crystalline landscape.

Appropriate emotional restraint also offers some ear-pricking moments: the largo movement of Vivaldi’s Lute concerto highlights Mr. Dean’s exquisite arrangement bringing attention to his orchestral abilities and the highpoint of the air and the chorale affectingly accentuates Bach’s poignant writing. Worth noting throughout is the muscular engagement of the music which is heightened by the stylish transcriptions on Mr. Dean’s part. Best of all is Mr. Dean’s ability to portray the rhythmic elasticity and suspended animation of all of the composers’ – particularly Bach’s – work, which grows this work in a brand new dimension, together with giants like Bobby McFerrin, this, because the vocal delivery is brilliant when exposed to Bach’s already demanding multi-toned coloratura.

The overall impression is one of music-making of the highest order, which plumbs the depths of all of the emotions from wonderful joys to abject lamentations.