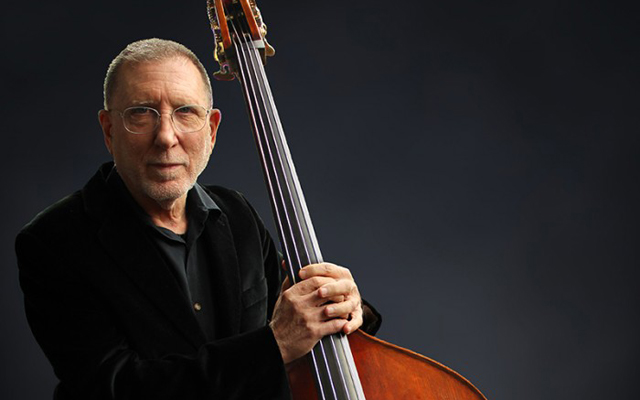 The ‘classic’ American bassist – and there can be no other epithet to describe Chuck Israels – is unafraid to reflect upon aspects of life or his mentors, Charles Mingus and Bill Evans, in his music. But not all of the songs on Garden of Delights have been written in the idiom of Mingus or Evans. Israels much to say about himself in his own voice and in an idiom that is captured in a gorgeous manner by the superb Jazz Orchestra which he directs. Israels’ music manages to strike a winning balance between highly dramatic and the deeply expressive. The results are evident in each of the ten pieces on this record and are suffused with piquant and vivid surprises. 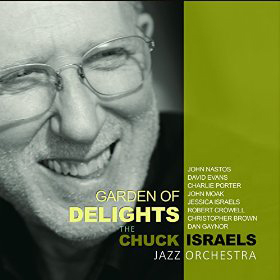 These are sterling accounts in every way. Chuck Israels leads the pack, of course. His penetrating timbre and keen attention to nuance ensure that all ten of the original compositions emerge with vibrant purpose, however poetic or dashing the bass parts may be. The tricky balance between the instruments, especially when Israels’ bass dips into its lowest range, is never an issue – a manifestation both of the musicians’ sensitivity and microphone placement that doesn’t allow the (other) instruments to swallow the bass. And that part of the engineer’s skill is to be commended. It allows Chuck Israels’ bass to remain separate and yet meld together with the ensemble. The lasting impression that is born of this interaction is of deeply integrated performances that flow naturally as if the music were created on the spot.

Both Chuck Israels and the musicians of the Jazz Orchestra speak from within; they listen to where the music is going and align themselves instantaneously to its direction. They can be engagingly balletic and emotionally sweet as in ‘Garden of Delights’ and ‘Mingus’, or breathe fiery dialogues into such a heavyweight as ‘Bluesman’s Holiday’ and ‘Double Clutching ‘ along unconventionally lithe lines; their handling of the latter song’s curious musical etymology in the bars of the middle movement is delectable and the concluding bars thrilling. Without sacrificing power or speed, the musicians mine Israels’ (music’s) lyrical vein throughout.

Meanwhile Chuck Israels has a way with a turn and a growl, based on thoughtful study and practical experience, which he uses as expressive devices to liberate the music’s ebb and flow. The opening bars of ‘Mingus’ are a miracle of such knowledge and poetry. Also the recording has, once again, been intentionally balanced to favour neither bass nor any other of the instruments. The result is a disc the velvet sounds of Israels’ bass and the luminous colours of the rest of the Jazz Orchestra as well in an effortless audiophile display.