What a delightful recital this album Ramon is. Charming music by Christopher McBride played with precision, sensitivity and a touch of aplomb, showing off his virtuosity on his fine alto saxophone, with pleasant surprises throughout. His lyricism, child-like joy and often daring flights are woven into the well-oiled instrumentalism of the members of his ensemble – The Whole Proof – as everyone puts on a show that is beckoning and utterly seductive in the best sense that popular Black American Music has come to be. 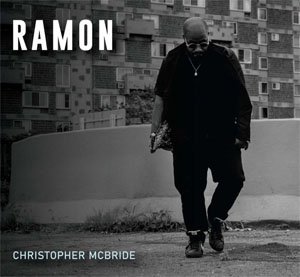 Mr McBride’s alto saxophone is, aurally, a fine instrument, which he makes speak and sing with great clarity and brightness, although never that piercing brightness with which many an alto saxophonist seems to play. The saxophonist plays with plenty of warmth especially in the higher register. In h=fact his brightness is tempered with a woodiness that is quite unique. He also knows his way around the instrument displays it to its best advantage in a programme which captivatingly spans the gamut of his music – from swinging standard-like charts such as Bronx Unchained, to beguiling balladic ones such as Your Eyes Can’t Lie [both the vocal and instrumental versions].

The core group of performers who weave their instrumentalism into Mr McBride’s melodic and harmonic variations do so with persuasive authenticity. It’s clear that there exists an empathetic relationship between the musicians, as if they can read each other’s thoughts and so can finish off each other’s phrases and lines as Mr McBride glides through the one harmonic after the next. The performances also include stellar ones by guitarists Bobby Broom [on You Put a Smile on My Face] and Morgan Burrs [on Intimacy] – the former is often heard leading fine ensembles of his own.

The apogee of the album is clearly the suite Stand Your Ground, which momorialises Trayvon Martin, the young lad murdered in Florida, and who’s killing also played out in an agonizing court-drama. The contrabass played by Noah Jackson with rumbling gravitas is given a leading role in the music of this suite – galvanising and melding the three movements in which brass and woodwinds howl the painful memory of how a young life was snatched in the prime of life. This piece is also a testament to Mr McBride’s poignant writing.

Whether fiercely energised in the propulsion of the Stand Your Ground suite or keeping everything smartly on the move elsewhere throughout the album, Mr McBride rivets your attention at every point. Throughout, the saxophonist leads an outstanding group of musicians through the mighty and proverbial peaks and valleys of spirituality, while plumbing the depths of emotion at every turn. Quite an outstanding musical experience born of uncommon artistic erudition right up to its soaring New Orleans second line chart, Girl Get ‘Em featuring Kenny Bentley on tuba and Luke Carlos O’Reiley on organ just prior to a laid back finale.