First of all, it should [and will] be remembered that the album Zodiac, by the pianist Chris Pattishall is certainly one the most audacious undertakings by any musician as a means to debut his gifts as an arranger and pianist. Its inspiration comes from the work by the great Mary Lou Williams: The Zodiac Suite. Miss Williams came to write this “original” work after she borrowed a book on astrology and “became intrigued with the possibilities of writing psychological portraits of musicians she knew based on their sun signs. Miss Williams said: “I wrote ‘Scorpio’, ‘Taurus’, and ‘Gemini’, not finishing the rest of the rest until years later.” The quote is from Morning Glory a biography of Mary Lou Williams by Linda Dahl, who notes that Miss Williams already had a predilection for the supernatural. And now, [albeit not the first] following boldly in her footsteps is the young Mr Pattishall.

It was actually the great Alexandrian, Claudius Ptolemy [circa AD 90 – circa AD 168] who was responsible for creating the first great treatise on astrology. HIs treatise Tetrabiblos [Τετράβιβλος] [literally ‘four books’], also known in Greek as Apotelesmatiká [Ἀποτελεσματικά] or “Effects”, was also known in Latin as Quadripartitum or “Four Parts”. This proto-astrological treatise has been referred as the most authoritative text on the philosophy and practice of astrology, described by scholars such as Mark Riley [in 1974] as “virtually the Bible of astrology”, a treatise that continued to be the benchmark for the astrological writers of a thousand years or more.

Ptolemy’s alignment with the precepts of Christian theology probably made it easier for Miss Williams to align herself with astrology in the first place. She was, after all, a convert to Catholicism and complex set of circumstances probably shaped Miss Williams’ seminal work. The work premiered as a chamber-jazz suite at the Town Hall on December 30th, 1945, “…and followed up six months later at Carnegie Hall by a full-scale arrangement of the three pieces for piano and symphony orchestra [the first time] that a symphony orchestra performed music by a genuine jazz composer.” [Dan Morgenstern, 1945]. 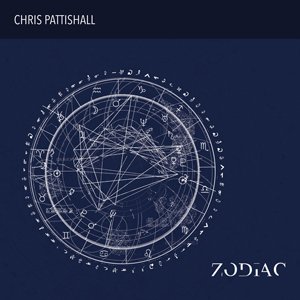 Mr Pattishall’s re-imagining of Miss Williams’ suite has an extra layer to it because apart from re-arranging the parts of the suite originally written and arranged by the composer, Mr Pattishall, [by his own admission] sought to inhabit the work by probing Miss Williams, the pianist. This places Miss Williams at the centre of this recording as a pianist first, and then as the composer of The Zodiac Suite. In doing so, Mr Pattishall provides the raison d’être for his own pianism – and therefore for the role of the piano as the voice of in Miss Williams’ life. This clearly also gives voice to Mr Pattishall’s own voice as a pianist and it is very profound one indeed – one that seems to suggest that The Zodiac Suite would be a natural means of announcing this to the world.

While the integrity of the original suite remains, it’s unlikely that Mr Pattishall memorialised the same personalities as Miss Williams did in her composition [Billie Holiday and Ben Webster for “Aires”, Duke Ellington, Joe Louis and Bing Crosby for “Taurus”, as well as Franklin D. Roosevelt as the water-bearing “Aquarius” and so on]. However impossible it may be not to recall each personality with each movement, a pattern emerges and this has everything to do with Mr Pattishall’s alignment with Miss Williams’ focus on the psychology and spirituality of the astrological/emotional sweep of each movement – each sign of the zodiac as envisioned musically by Miss Williams.

The result, not unsurprisingly, is a new original masterpiece at the hands of Mr Pattishall. With a kind of freshness of the mind’s mind that can only come from the prodigious nature of Mr Pattishall’s gifts the arranger and pianist regards a classic work with ingeniously original set of “eyes”. Miss Williams used bass and drums to pace and drive the dynamo of the music, while her piano added layers of meaning. Mr Pattishall does likewise, but also cre4ates breathtaking new sets of textures and colours with his rather wonderful use of brass and woodwinds – brilliantly played by Riley Mulherkar and Ruben Fox. Moreover a myriad of textural layers is by Rafiq Bhatia’s programming and sound design [on “Aires”]. And in bassist Marty Jaffe and the percussion colouring of Jamison Ross, Mr Pattishall finds a perfect rhythmic foil for his magical pianism.

Throughout we revisit the supernatural world of the Zodiac with Mr Pattishall leading us with his unique technical prowess and pianistic sensitivity magnified by attention to pedaling, subtle dynamics and superb articulation. Mr Pattishall plays with almost insolent brilliance, navigating the nuances of each sign of Ptolemy’s zodiac through two lenses – Miss Williams’ and his own. Rarely has anyone used a sort of musical split-diopter with such a degree of intellectual prowess and intuitive ingenuity.

As a postlude to his critically-acclaimed debut album Zodiac, pianist Chris Pattishall is pleased to share a new single, “It Ain’t Necessarily So.” A continuation of his engagement with the music of Mary Lou Williams, “It Ain’t Necessarily So” shares the patience and restraint that Mr Pattishall and the team brought to Zodiac, but its conception and execution have a spontaneity that sets it apart from the album. While warming up at the piano on the last morning of the Zodiac sessions, Pattishall started playing through an arrangement of the song that Miss Williams recorded in 1951.

Mary Lou Williams recorded George Gershwin’s “It Ain’t Necessarily So” several times throughout her career, conveying a unique mood through the piece with each performance. The stark contrast between each version reveals the potency of her imagination, something that she maintained throughout her life.

The new single shares the distinct sonic imprint of the rest of the music on Zodiac, thanks to producer Rafiq Bhatia. Using an unconventional set of tools for a jazz album—from subliminal digital processing techniques to re-recording audio through guitar amplifiers — Mr Bhatia casts the proceedings in a hazy aura, nodding to the hiss and noise present on Williams’ original recordings.

“This was the only take we recorded, and there was no discussion beforehand,” Mr Pattishall recalls. “My awareness of being in a studio making an album dissolved. I was making music in my own world and suddenly my friends were there with me.”

Hovering over a steady pulse, the piano melody sneaks in and unfolds coyly, with Pattishall alternating between faint single note lines and full, at times astringent harmony. “I think we captured a sense of uncertainty,” Mr Pattishall reflects, “of having to navigate unfamiliar waters.”

Chris Pattishall · IT AIN’T NECESSARILY SO